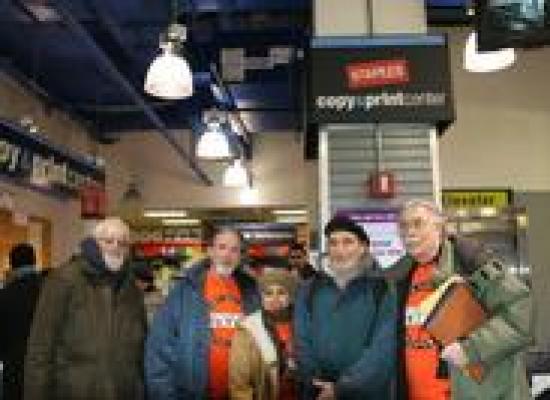 Chuck Zlatkin, legislative and political director for the union, said the union isn’t opposed to the USPS expanding its postal services but is strongly opposed to its plans to replace good-paying union jobs with low-wage jobs by expanding the pilot program to additional stores.

Zlatkin is also concerned about what happens to postal workers should Staples go belly-up as has happened to plenty of other major retailers.  “Staples is a thriving business today. But it wasn’t that long ago that so was Circuit City.  What if they made a deal with Circuit City and all of a sudden they go out of business, where would the people be served?” said Zlatkin.  Read more and watch the video.