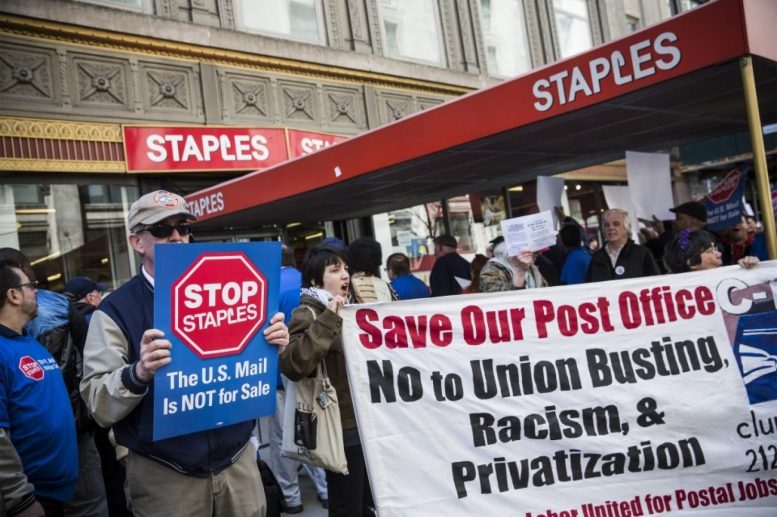 But now, that program has been sentenced to death and it is postal labor leaders who are rejoicing. They cheer the demise of a program that had been the target of a vigorous campaign by postal unions that don’t want the post office privatized.

USPS will discontinue retail services at Staples stores by the first week in March, according to the American Postal Workers Union (APWU), which led the fight.

The union cast the decision as “a big win for the public as well as the 200,000 members of APWU and the union’s allies.” The union waged a national “Stop Staples” campaign and said it is immediately ending its boycott of the company.

The move resulted from a National Labor Relations Board (NLRB) order issued on Wednesday. The board adopted an administrative law judge’s ruling from November.  It “requires the Postal Service to discontinue its retail relationship with Staples,” said Darlene Casey, a Postal Service spokeswoman. “The Postal Service intends to comply with that order.” USPS could have appealed, but decided not to fight.  Read more.