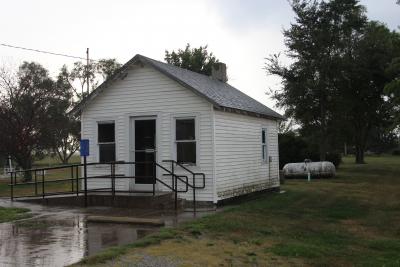 The News-Review: The U.S. Postal Service has announced they will relocate their local services to a “yet-to-be-determined” location after raising concerns over the previous location in Martinsburg, Iowa.

According to USPS, their goal “is to select a new customer service location as close to the current site as possible” and further stating the new site will provide a convenient location with the same service as before. Current customers are using a box unit system near City Hall in the city park and have been for several years, according to Martinsburg Mayor Danny Showman. Despite hearing comments at a public meeting held on July 26, 2016 against a new postal location, USPS made the final decision.

“We told [USPS] that we were satisfied with the current boxes outside City Hall,” Showman said. “A lot of people also have rural delivery, so this feels like a waste of taxpayer money.”

According to Stacy St. John, Strategic Communication Specialist for USPS, the former post office was designated “structurally deficient” upon inspection two years. A follow-up statement from St. John was not made available in time for publication.  Read more.