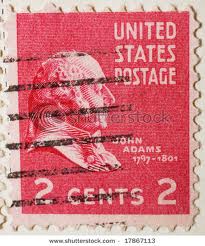 The Postal Service has just released its 10-Q financial statement on the first quarter of the 2013 Fiscal Year (i.e., the last three months of 2012).  Despite all the doom-and-gloom talk about its humongous deficit, the Postal Service had a decent first quarter.  While First-Class mail dropped off again (compared to last year’s first quarter), Standard Mail and parcels were up.  Total revenues were virtually the same as last year, down 0.1 percent.  Were it not for the prepayments to the retiree health fund and some workers’ comp adjustments, the Postal Service would have shown a first-quarter profit of $144 million.

That’s not how the story is being told, however.  The Postal Service’s press release acknowledges that package growth and “record efficiency” helped “mitigate” the losses, but it still cites a $1.3 billion deficit and says the “accelerated cost-cutting actions” remain necessary.  For their part, the news media continue to play the role of court stenographer, and the headlines are predictable:

Here’s how revenues look for the first quarter compared with last year:

Overall, the main hit on the Postal Service’s bottom line continues to be the $5.5 billion annual payments to the Retiree Health Benefits Fund (RHBF).  If one excludes the accrued amount for the payment ($1.4 billion), as well as adjustments to long-term workers’ comp, the Postal Service would have actually shown a profit of $144 million for the first quarter.  On page 24, the 10-Q report shows exactly that.

Just to put the report in perspective, here’s a table showing revenues and expenses for the first quarter of the past few years.  (The numbers come from the USPS financial statements, available here.)

Despite a relatively decent financial report, the media will no doubt continue to report that the Postal Service ran up a $16 billion loss last year and say that’s why it needs to end Saturday delivery and shed tens of thousands of jobs.  Those reports typically fail to acknowledge that over $11 billion was due to a double payment to the RHBF.

While the RHBF payments were never made, they show up on the books, and 2012 includes two years’ worth of payments (for 2011 and 2012), as well as over $2 billion associated with adjustments to long-term workers’ comp that have nothing to do with the actual bottom line.  As the USPS Form 10-K shows (page 23), during the 2012 fiscal year, the Postal Service actually lost $2.45 billion.

That’s not a great year, but considering that the economy remains in the doldrums, it wasn’t so bad — certainly not as bad as the misleading $16 billion figure makes it seem.

Just to show how carelessly the numbers are thrown around, consider this.  A few days ago, David M. Walker penned an editorial entitled “Time to Save the Postal Service.”  It’s about how “the Postal Service is in trouble” and “bleeding red ink.”  According to Mr. Walker, “Something has to give — and must this year.”

Mr. Walker reminds his readers that he used to be the Comptroller General of the United States, i.e., the director of the Government Accountability Office, the legislative agency responsible for watching over the fiscal health of the government.  Back in 2001, as Mr. Walker explains, the GAO put the Postal Service on its “High Risk” list because of its outdated business model (as usual, the Internet was to blame).

Mr. Walker’s editorial fails to mention that in May 2002, he told Congress that the Postal Service had incurred $32 billion in pension liabilities — a figure that turned out to be wildly wrong.  As the Office of Personnel Management would soon determine, the pension was actually on course to be overfunded by $71 billion (later revised to $78 billion).

In his editorial, Mr. Walker has this to say about last year’s losses: “In fiscal 2012, the USPS experienced an operating deficit of almost $16 billion on revenue of about $65 billion. Granted, this deficit was exacerbated by the fact that the USPS was supposed to make two larger-than-usual retiree health benefits payments last year.  But it didn’t pay either.  Even if you subtract these additional scheduled payments, the Postal Service would have still run a deficit of more than $10 billion.”

Mr. Walker is apparently unaware that those two payments add up to $11.1 billion, so if you subtract them, the Postal Service would have run a deficit of less than $5 billion (even less if you subtract the workers’ comp payment).

The error may seem minor (just $5 billion off), but it’s rather disturbing when you consider what Mr. Walker is up to these days.  As he notes in his editorial, Mr. Walker has been asked to serve as chairman of a special panel on the Postal Service for the National Academy for Public Administration (NAPA).  His main charge is to review a proposal that would privatize over half the Postal Service and turn it into a “hybrid Public-Private Partnership.”  Post offices would be replaced by postal counters in private businesses, and private corporations would take over the processing work, leaving only the delivery component to the government.

It’s a disastrous proposal, and it shouldn’t be taken seriously, but it will be.  There are some very influential people behind it.  Mr. Walker is the chief executive officer of the Peter G. Peterson Foundation, which uses its $1 billion endowment “to cast Social Security, Medicare, Medicaid and government spending as in a state of crisis, in desperate need of dramatic cuts” (HuffPost).  Plus, the director of NAPA is Dan Blair, former deputy director of the Office of Personnel Management and former chairman of the Postal Regulatory Commission.

Given how much credence people are likely to put in the results of his study on privatizing the Postal Service, it would help if the former Comptroller General could get his numbers right.