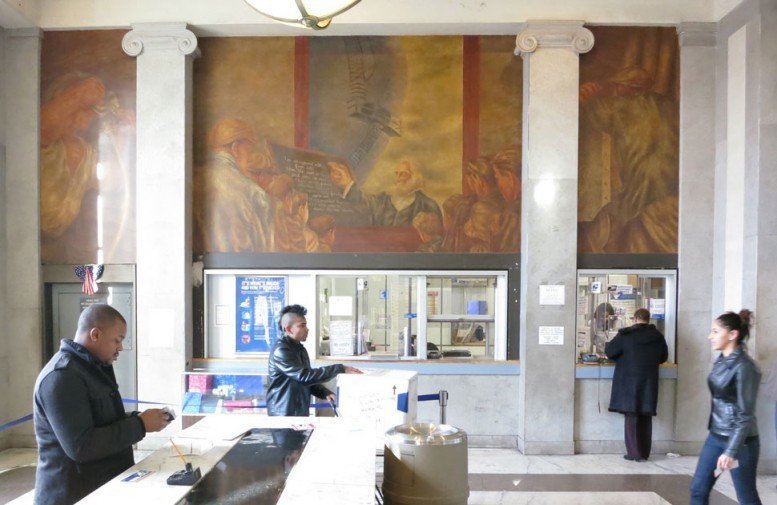 Yesterday two of the country’s most significant historic post offices — the 1916 Berkeley post office and the 1935 Bronx GPO — came a step closer to being sold.

Mr. Tom Samra, USPS Vice President, Facilities, rendered his final decision on the Berkeley post office.  The Postal Service will relocate retail services to a yet-to-be-determined location, and the historic building will soon be put up for sale.  You can read his decision here.

At almost the same moment, the Postal Service filed a motion with the Postal Regulatory Commission to dismiss the appeal on stopping the relocation of the historic Bronx General Post Office, so it too will soon be on the market. .

Neither the decision on Berkeley nor the motion on the Bronx came as a surprise.  The Postal Service will not be swayed from its plans to sell historic post offices.  Postal officials have denied appeals on Venice, the Bronx, La Jolla, and other relocations, and postal lawyers have consistently argued that relocation decisions can be appealed only to the USPS VP of Facilities, not to the PRC.  Community opposition doesn’t matter, the pleas of elected officials don’t matter, and legal arguments by attorneys and historic preservations don’t matter.

At this point, Mr. Samra’s final decision statements are pretty much boilerplate.  He reviews the concerns raised by the appeals, and dismisses each in turn.  The impact on the community, he says, will be mitigated by locating a new retail office in a convenient location.  Besides, as Mr. Samra reminds us, 40 percent of retail revenue comes from sources other than a post office, which presumably means that many people don’t need a post office to begin with.

Mr. Samra says that allegations that the Postal Service has failed to comply with the National Environmental Policy Act, the National Historic Preservation Act, and so on, are not relevant because it is premature to consider the requirements spelled out in these laws.  The Postal Service has only decided to relocate the post office; it will deal with these other matters when the time comes to sell the building.

The bottom line, says Mr. Samra, is that the Postal Service’s financial condition requires it to take steps like selling the Berkeley post office, and that’s about all there is to it.

Mr. Samra’s final decision ends, as it always does, with a declaration that “this is the final determination of the Postal Service with respect to this matter, and there is no right to further administrative or judicial review of this decision.”

Obviously, simply declaring that a decision cannot be reviewed by the courts does not make it so.  It will be up to the courts to decide whether they want to review the Postal Service’s decision. 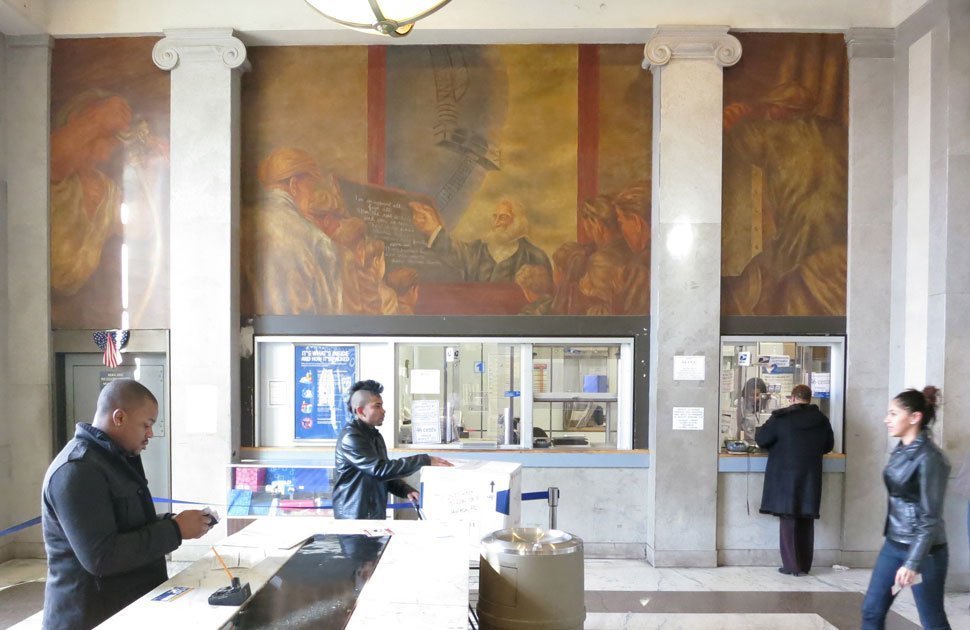 In the meantime, the Postal Service’s position that communities have no right to seek administrative review on relocation decisions will soon get a hearing before the Postal Regulatory Commission.  The Postal Service says that the PRC should dismiss the appeal on the Bronx GPO because the federal regulations governing relocations (39 CFR 241.4) say that appeals should be filed with the VP of Facilities, not the PRC.

But those same regulations also contain a passage stating that when a relocation involves a historic property governed by the NHPA, the Postal Service must follow the more stringent requirements for a post office discontinuance (39 CFR 241.3), which include the right to appeal to the PRC.  It will thus be up to the PRC to decide whether or not to consider the Bronx appeal.  (All that is discussed in this previous post.)

While the Postal Service was moving ahead on the sale of the post offices in Berkeley and the Bronx, Congressman Darrell Issa held a short hearing on postal reform legislation.  For some reason, his involvement in the Dana Point relocation decision and the question of why he’d support a plan that could cost the Postal Service millions of dollars did not come up.

Instead, we were treated to the usual speeches by the Postmaster General and Congressmen on both sides of the aisle about the “unsustainable losses” of the Postal Service and the need for drastic change.  “Downsizing” and “streamlining” will be the main theme of whatever legislation ultimately gets passed, and there’s no chance that postal reform will contain measures to safeguard historic post offices.  That’s just not on the agenda.

Update: Within hours after this article was posted, Congressman José E. Serrano today announced that he had succeeded in including a provision in an annual appropriations bill moving through the House of Representatives that would ensure that the Postal Service’s proposed sale of the historic Bronx General Post Office receives extra scrutiny and that the sale of historic post offices would be suspended until the OIG’s investigation into the sales is complete, and all the laws and guidelines have been satisfactorily complied with.  Read more.