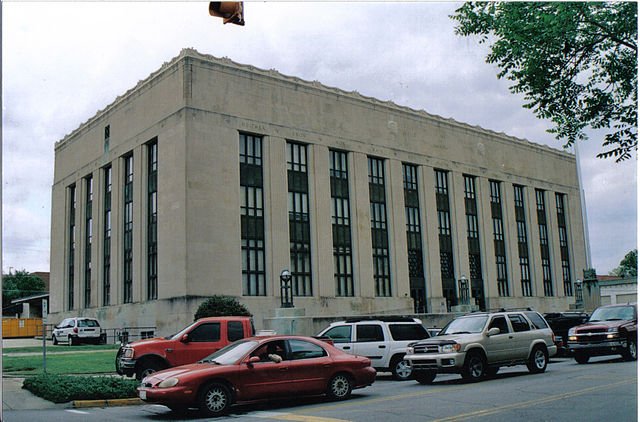 Meridian Star: The Lauderdale County Board of Supervisors are considering the potential purchase of the federal courthouse, which houses the post office on 9th Street in Meridian, Miss., as part of a permanent solution to the poor condition of the Lauderdale County Courthouse.

District 1 Supervisor Jonathan Wells clarified Monday a report that appeared in The Meridian Star on Saturday, noting the county would permanently locate a few offices in the federal building….

The departments would share the building with the United States Postal Service, which would lease a part of the building from the county, Wells said.

“The post office will remain there because we think it’s vital to downtown,” Wells said.

Negotiations between USPS and the county could take another month, Wells said last week. Negotiations include a fair leasing price, for the post office, and a purchase price for the building.

“Like I said last week, if we can get this for pennies on the dollar then we’ll save taxpayers money,” Wells said.   Read more.

(According to Wikipedia, the United States Post Office and Courthouse in Meridian, Mississippi was built in 1933. It was listed on the National Register of Historic Places in 1984. It is a three-story limestone building, built in a classical Art Deco style, which was home to Meridian’s main post office and a federal courthouse from its construction in 1933 until 2012 when the federal courthouse was closed due to budget cuts. The building itself is still open and still houses the post office.)