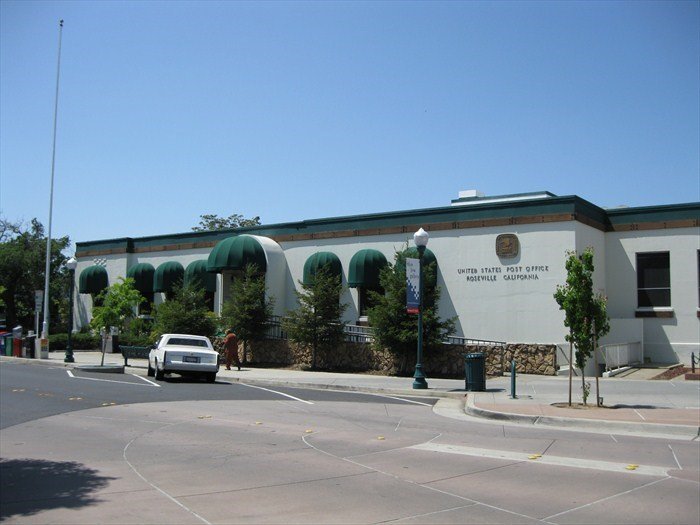 ABC10: The Downtown Post Office on Vernon Street in Roseville, CA, is one of the area’s oldest buildings, but in the coming months, the usually busy location will have to make way for new development.

The lease between the U.S. Postal Service and the city of Roseville is set to expire April 30, and the city wants to sell the property.

“The city is currently working on a project with a developer for a mixed-use project to locate at this site,” said Wayne Wiley, the city’s economic development manager.

That project could include a boutique hotel, city officials told ABC10. Some people like Chuck Locke, a postal worker in Roseville, want to keep a post office in Downtown Roseville.

“I don’t think we need a hotel,” Locke said. “I think what we need here in Roseville is to keep our post office where it’s at.”  Read more.

The Postal Service sold the building to the city of Roseville in 2010.  For more, see this previous post.