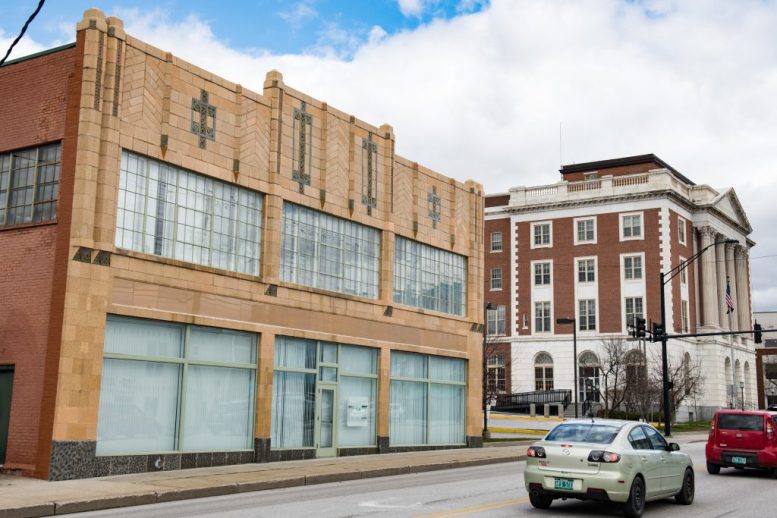 Rutland Herald: The U.S. Postal Service has officially declared its intention to move the post office in Rutland, Vermont, sell the historic building to the GSA, and relocate next door to another historic building, the Post Office Annex.

The USPS informed city officials in April that it was exploring selling the post office building at 151 West St. to the federal General Services Administration, which rents part of the building for the federal courthouse and U.S. Marshal’s office.  The GSA would expand its presence in the building while the post office would relocate operations to its annex building next door.

Chris Madden, a real-estate specialist for the USPS, described the post office’s half of the plan to the Board of Aldermen on Monday.

“The current building is significantly larger than required,” Madden said. “GSA … has a long-term need for space in Rutland.”

Madden said if officials in both departments sign off on the sale, the post office will stay put for up to a year in order to complete renovations on the annex, which he said would include making it compliant with the Americans with Disabilities Act.

Madden said that there had been inquiries about what would become of the murals in the lobby, and they would be sold to GSA along with the building. He said USPS has no plans to put the building on the market if the sale to GSA does not happen.  Read more.