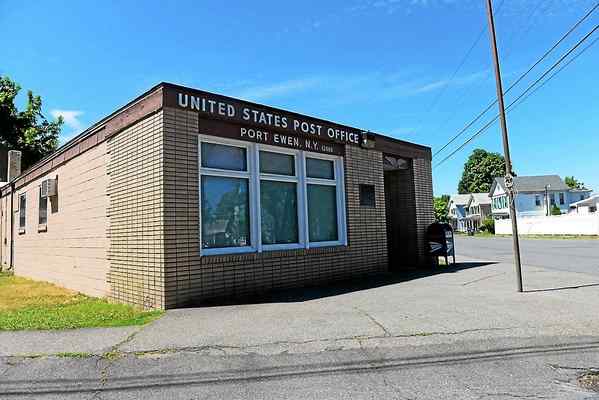 Kingston Daily Freeman: The U.S. Postal Service has decided not to reoccupy the post office building at 158 W. Main St. in Port Ewen, NY, due to mold contamination, according to town Supervisor Shannon Harris.

Harris said Tuesday that a temporary post office could be established in a trailer on a vacant lot at West Stout Avenue and Bowne Street in Port Ewen.  The supervisor said she’s “getting estimates on what it would cost to pave the corner lot” and that the Town Board would have to approve the arrangement.

The Postal Service stopped using the West Main Street building after its roof leaked in April, and mail addressed to locations in Port Ewen has been handled by the Ulster Park Post Office at 364 Union Center Road, about 4 miles away, ever since.

In the interim, the Postal Service decided not to renew its lease of the Port Ewen building.  “The post office brought in their own people to inspect the place and … they are no longer in business with the owner,” Harris said.  Read more.