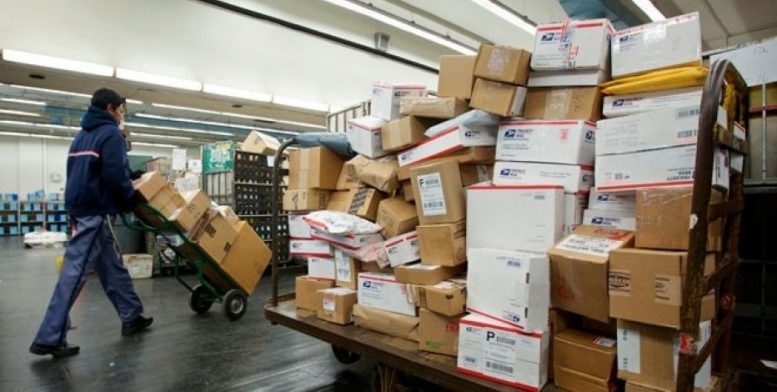 The Postal Service posted its May 2016 financial report with the Postal Regulatory Commission today.

As usual, declines in First Class and Standard mail are more than offset by dramatic increases in the volume and revenue from package and shipping services.

And as usual, were it not for the obligated prepayments to the Retiree Healthcare Benefit Fund (RHBF), the Postal Service would be posting a profit — nearly $1.8 billion for the first eight months of the fiscal year.

Total operating revenues for May were up 0.3 percent over last May and up 3.3 percent compared to the same period last year, which covers the first eight months of the fiscal year.

Total volumes for May were down 1 percent from last May, and they’re down 0.4 percent compared to the same period last year.

Due to rising operating costs, the Postal Service posted a loss of $323 million for May in controllable operating income, which excludes the payments to the Retiree Healthcare Benefit Fund and a workers’ comp adjustment. With those two payments included, the Postal Service lost $628 million in May, as compared to $412 million last May.

For the year to date, the Postal Service has made a profit of $1.79 billion in controllable operating income, and a loss of $2.53 billion with the RHBF and workers comp payments included. That represents a slightly smaller net loss compared to last year’s $2.67 billion.

Shipping & Package Services continue to make up for the losses in market dominant mail. For May, revenues were up 16.8 percent over last May, and for year to date, revenues are up 15.3 percent.

The increase in the workforce and workhours no doubt reflect the extra work it takes to handle the increase in shipping and package services, and it explains much of the increase in labor costs, which, for year to date, are up about the same amount, 2.4 percent.

The May financial report is here.