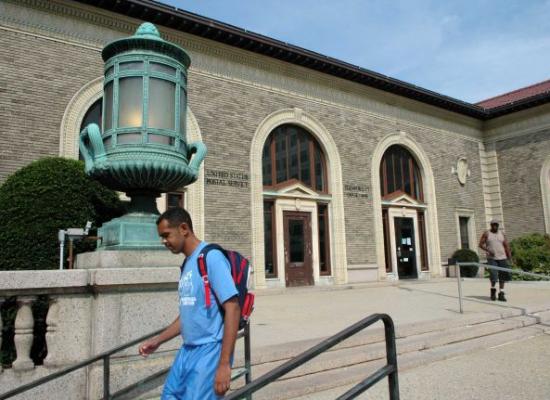 A few weeks ago, the PRC's Public Representative argued that the closing of the historic post office in Stamford, Conn., should be viewed as a de facto discontinuance, not an emergency suspension, and she said the Postal Service's explanation for the closure — unsafe building conditions — was "disingenuous" because it had said just a few days earlier that the reason was that the building was being sold and no new location had been found.  Today the Postal Service replied to the PR and the petitioner, arguing that the post office was in fact under an emergency suspension, so that any appeal is premature and outside the Commission's jurisdiction.  The Postal Service's answer is here.