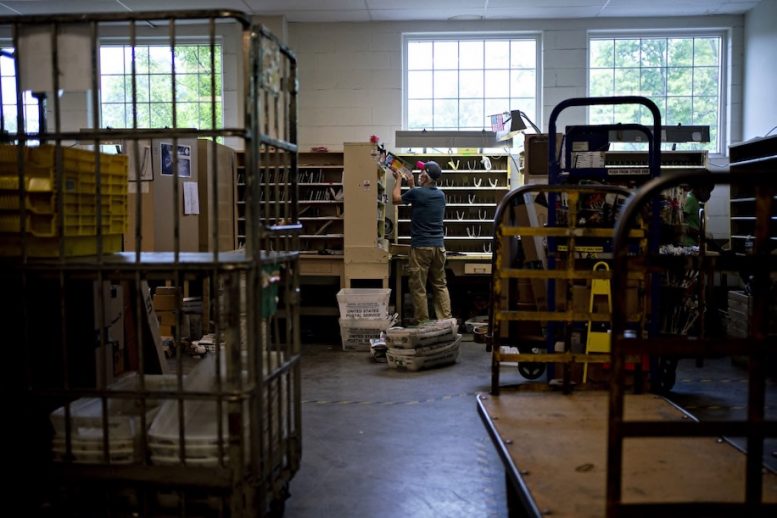 Washington Post: The U.S. Postal Service is experiencing days-long backlogs of mail across the country after a top Trump donor running the agency put in place new procedures described as cost-cutting efforts, alarming postal workers who warn that the policies could undermine their ability to deliver ballots on time for the November election.

As President Trump ramps up his unfounded attacks on mail balloting as being susceptible to widespread fraud, postal employees and union officials say the changes implemented by Trump fundraiser-turned-postmaster general Louis DeJoy are contributing to a growing perception that mail delays are the result of a political effort to undermine absentee voting.

The backlog comes as the president, who is trailing presumptive Democratic presidential nominee Joe Biden in the polls, has escalated his efforts to cast doubt about the integrity of the November vote, which is expected to yield record numbers of mail ballots because of the coronavirus pandemic.

On Thursday, Trump floated the idea of delaying the Nov. 3 general election, a notion that was widely condemned by Democrats and Republicans alike. He has repeatedly gone after the Postal Service, recently suggesting that the agency cannot be trusted to deliver ballots.

DeJoy, a North Carolina logistics executive who donated more than $2 million to GOP political committees in the past four years, approved changes that took effect July 13 that the agency said were aimed at cutting costs for the debt-laden mail service. They included prohibiting overtime pay, shutting down sorting machines early and requiring letter carriers to leave mail behind when necessary to avoid extra trips or late delivery on routes.

The new policies have resulted in at least a two-day delay in scattered parts of the country, even for express mail, according to multiple postal workers and union leaders. Letter carriers are manually sorting more mail, adding to the delivery time. Bins of mail ready for delivery are sitting in post offices because of scheduling and route changes. And without the ability to work overtime, workers say the logjam is worsening without an end in sight.

As states look to dramatically expand the use of mail-in ballots this fall, postal workers across the country said the changes could lead to chaos in November.