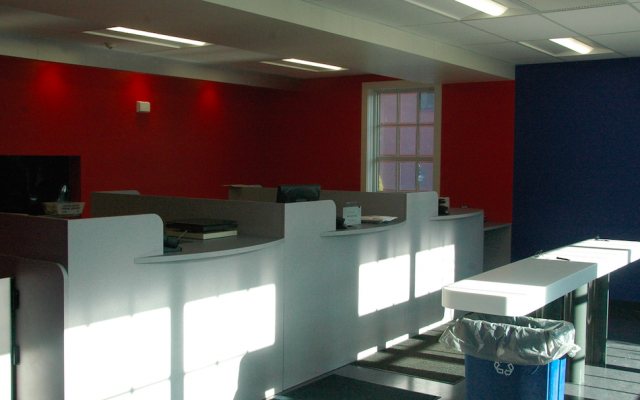 New Canaan Advertiser: If not for Congressman Jim Himes getting involved to “hammer and shame” the United States Postal Service, First Selectman Rob Mallozzi III is convinced there would not now be a sparkling new Post Office in New Canaan.

Speaking at the New Canaan Men’s Club on Friday, Jan. 6, Mallozzi was citing positive developments in the town, and turned his attention to the new Post Office facility at 18-26 Locust Ave. He applauded the efforts of building owner Richard Carratu and builder Rick Sillo, both locals.

“Not only did we get a branch in New Canaan, but we got a beautiful building that a local developer built, using a local building company,” he said. “We have a venue now that ties in the brick work of our Fire Department and Town Hall. It was touch and go for awhile. We got it all done. We deserved a nice Post Office.”

The first selectman then explained that, in his opinion, and in no uncertain terms, the USPS had no intention of staying in town after leaving its longtime location at 2 Pine Street two-plus years ago.

“I will tell you, we were not going to get a Post Office,” he said. “There was no way. We were really slated to have nothing. The talk was ‘just drive down Camp Avenue, it’s not that far [to a Stamford Post Office].’  Read more.