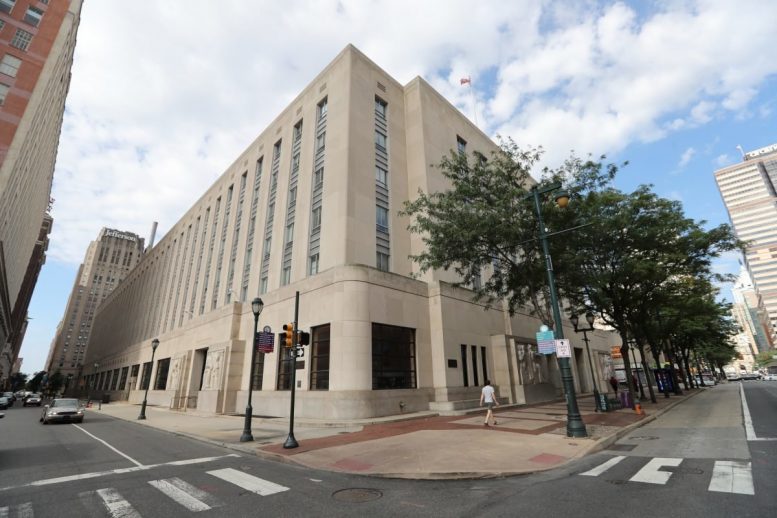 The 78-year-old William Penn Annex Post Office at Ninth and Market Streets in Philadelphia — known for its stunning Art Deco interior — shut down permanently at noon Saturday and will move all postal services to the Cast Iron Building at 718 Arch St. as part of a cost-saving program. There will be no change to post office box numbers or zip codes.

“It’s a huge building, and we’re not fully utilizing all the space that we’re renting,” said Postal Service spokesman Ray Daiutolo. The Postal Service had been leasing the space in the six-story Robert Nix Federal Building — what had been the city’s last remaining publicly accessible grand postal hall — from the U.S. General Services Administration.  Read more.

(The plan to relocate was approved in August 2016.  See “Requiem for a Moderne Gem” for more about the architecture of the William Penn Annex post office.  And “A Post Office Moves, And Our Civic Realm Loses Another Piece of Its Soul” is well worth reading.)