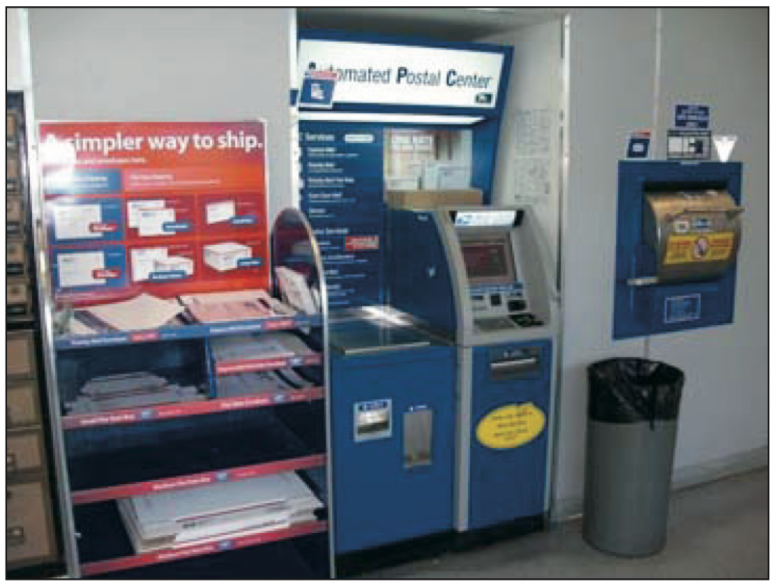 The Postal Service has begun the process of closing 2,000 post offices, and it has its eye on “discontinuing” and “consolidating” as many as half of its 32,000 offices because they’re operating in the red.  Don’t think it won’t happen.  The Postal Service has already started moving into alternative “retail outlets,” and it’s been boasting that that there are now 100,000 places to buy stamps or ship a package.  “It’s not about brick-and-mortar Post Offices anymore, as postal products move online and into retail outlets, grocery stores, office supply chains and pharmacies,” says a May 19, 2011 USPS press release.

The plan is all spelled out in many Postal Service publications, like “Ensuring a Viable Post Service for America: An Action Plan for the Future” (2010).  In this report, the USPS states that according to a consumer survey in December 2009, “almost 80% of consumers report they would benefit or easily adapt if Post Office services more moved to a nearby retail store.”

And that’s exactly what the report recommends: “As consumer behaviors and needs change, so must the Postal Service.  It must better align its retail network and the access it provides, investing in new options that improve service while lowering costs.  Access will be expanded by serving customers where they already shop, creating more automated and on-demand services such as stand-alone kiosks and additional partnerships with retailers.  The Postal Service will expand options available on its website and through its carriers, which provide access to most postal services without customers leaving their home or office.”

While the USPS report indicates that four out of five people wouldn’t care if their post office closed, one wonders how those people will feel when they actually see a closure notice on the wall in their “redundant” post office telling them they have 60 days to comment.  Will a kiosk at the supermarket really replace what they’re losing?

(For more, see the papers presented at the conference, Envisioning America’s Future Postal Service, in March 2010.)