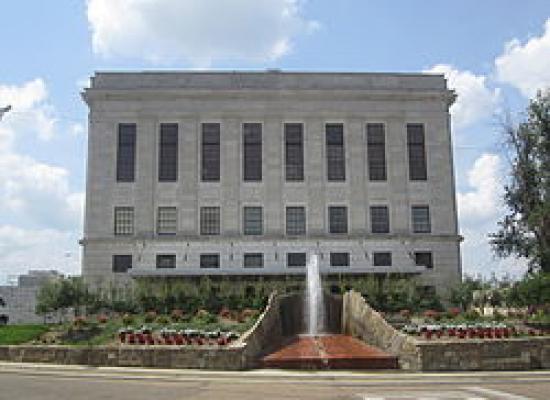 The Postal Service has announced plans to move out of the historic federal building in Texarkana, Texas.  The GSA owns the building and has plans to use the USPS space for more courtrooms and offices.  The Postal Service is looking for an alternate location downtown. Texarkana Mayor Ruth Penney-Bell said she strongly opposes a move from the downtown federal building, the only one in the country that straddles a state line and houses federal courts and a post office that serve two states.

"The historical significance of this is so important to our community," Penney-Bell said. "This is the one place where both sides of the city meet. We come together here."  Penney-Bell said she would prefer the post office remain where it is, even if the square footage of the space it occupies is reduced.  Read more.