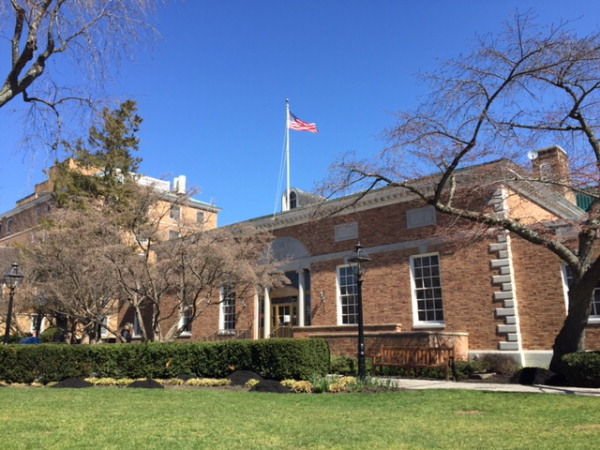 Princeton’s Planning Board last week voted unanimously in favor of an application to turn the former U.S. Post Office branch on Palmer Square into a restaurant. Triumph Brewing Company is expected to move from its current location on Nassau Street to the historic Palmer Square building. No official target date for the move has been mentioned.

“My client closed with the post office and is the owner of this building,” attorney Richard Goldman assured the planners, referring to California developer David Eichler, before the vote was taken. “He is committed to this project, and in a big financial way.”

Eichler’s firm won the bidding war for the property in 2013, when the longtime postal branch was targeted for closing as part of a nationwide downsizing by the U.S. Post Office. The branch moved to a smaller location behind the 7-Eleven store on East Nassau Street in 2015.

Eichler and Triumph founder Adam Rechnitz have proposed a new glass entrance at what was previously the loading dock of the old post office building. They have pledged to preserve the historic character of the 80-year-old building, the oldest on Palmer Square, while adapting it for use as a 13,000-square-foot restaurant. In addition to the glass enclosed entry, plans include a widened sidewalk, benches, and the planting of trees.

“Nobody on our side is fighting in any way to change the building. Our goal is to restore, preserving as it looks today except for the new glass entry in the back,” Goldman said. “The remaining facades will stay as they are.”  Read more.