The Postal Service has notified postmasters considering retirement that they’re welcome to apply for a job as a Postmaster Relief (PMR).  It’s “an opportunity to continue to serve postal customers” — and an opportunity to earn $11.76 an hour.

Who could pass up an opportunity like that?  Who wouldn’t want to give up a good-paying full-time job, transition into retirement a few years before you’re ready, and then take your old job back for half the day and at a third your hourly wage?

The Postal Service must be counting on quite a few takers.  Perhaps there will be a lot of postmasters who figure that between their pension, the $20,000 VER offer, and a few hours a week as a PMR, they’ll be able to get by.  Maybe some of them will simply to want to “continue serving their community.”

In any case, the letter to postmasters from the Postal Service is rather vague about some of the details, and there are a couple that warrant a closer look.

The letter says, “Under the rules that allow the Postal Service to reemploy annuitants without a reduction in their retirement annuity, the Postal Service must first post the PMR position.  If, as we expect in most cases, no qualified applicant applies for the position, we will then select a retired postmaster to fill the vacancy.”  The letter goes on to say, “Your ability to work in this position without reduction to your annuity is subject to specific conditions and a limited duration.”

In order to get some sense of what’s behind those comments, it’s necessary to go back to the statute and regulations that govern reemployment of government retirees. 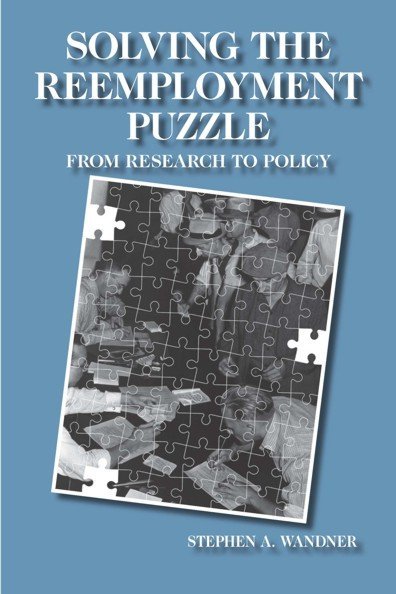 Title 5 of U.S. Code, sections 8344(i) and 8468(f), contain the laws concerning federal retirees, annuities, and re-employment.  Generally speaking, retirees don’t go back to work for the government, and when they do, their annuities are usually reduced.  But as section 8344(i) describes, there are exceptions.

The Director of the Office of Personnel Management (OPM) can issue waivers “on a case-by-case basis for employees in positions for which there is exceptional difficulty in recruiting or retaining a qualified employee.”

The OPM can also delegate authority to the head of an agency to make such exceptions “for an employee serving on a temporary basis, but only if, and for so long as, the authority is necessary due to an emergency involving a direct threat to life or property or other unusual circumstances.”

These sections of Title 5 are implemented by the Code of Federal Regulations, which provides more details.  The part entitled “Reemployment of Military and Civilian Retirees to Meet Exceptional Employment Needs” (5 CFR 553) says that there are four categories of case-by-case waivers: (1) An emergency hiring need; (2) a severe recruiting difficulty; (3) a need to retain a particular individual uniquely qualified for a specific  project; and (4) requests based on other unusual circumstances not rising to the level of an emergency.

The CFR presents various rules about how each of these criteria should be applied, and this Q & A fact sheet from the OPM explains many of the details.  The fact sheet outlines the circumstances under which an annuitant can be reemployed under the criterion of “severe recruiting difficulty.”

The fact sheet goes on to say, “Agencies MUST submit documentation for requests based on a severe recruiting difficulty,” and this documentation should include, among other things, a description of the length, breadth, and results of the agency’s recruiting efforts, including details about the number of applicants and an explanation as to why none of the candidates was selected. 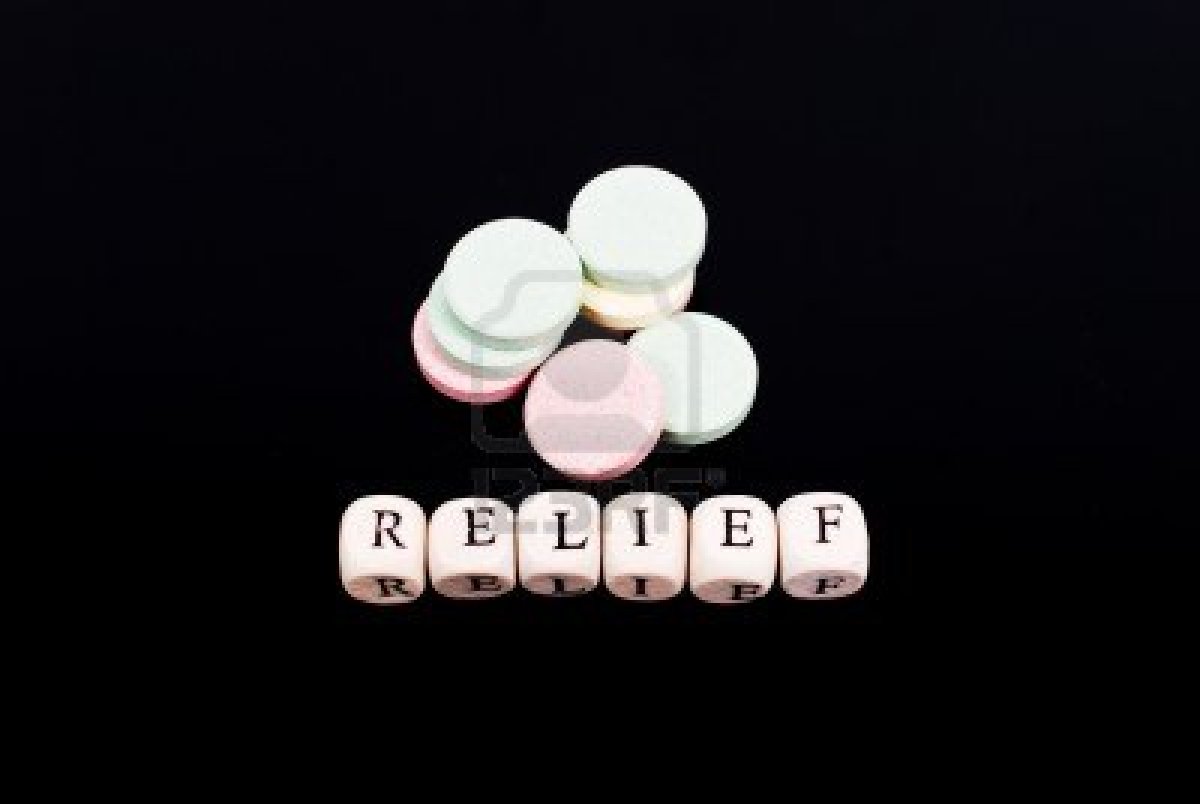 The Handbook explains that “when normal recruitment efforts for TRC or PMR/LR positions fail to attract qualified individuals, appointing officials may request authorization from the district Human Resources manager to recruit postal retirees to serve as TRCs or PMR/LRs without an offset to their annuities.”

Taken together, then, the USC, the CFR, the OPM fact sheet, and the USPS Handbook EL-312 suggest that there may be a number of obstacles and limitations on just how far the Postal Service can go in hiring back retired postmasters.  In its letter last week to postmasters, the Postal Service did not mention these restrictions explicitly, but they are alluded to. 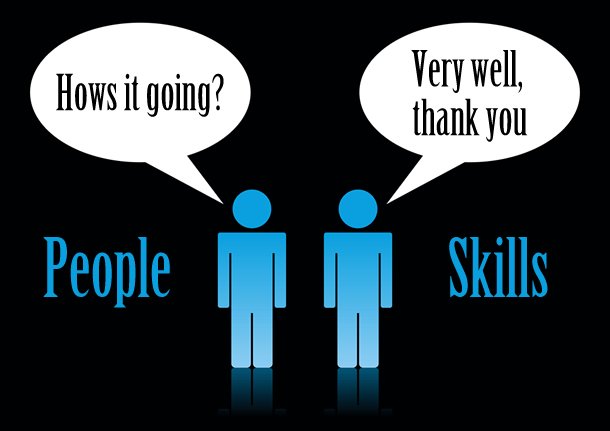 The letter to postmasters says, “We will be filling vacancies with individuals who have had postmaster or PMR experience….  If, as we expect in most cases, no qualified applicant applies for the position, we will then select a retired postmaster to fill the vacancy.”

It’s not clear how restricting openings to those who have had postmaster or PMR experience squares with the OPM’s regulations about offering the job to “minimally qualified candidates.”   Perhaps that doesn’t apply in this case.

The regulations require that the Postal Service be able to demonstrate not only that it made a legitimate effort to find someone for the PMR position but also that no other qualified person was available.  According to the rules, the issue isn’t whether or not the retired postmaster is more qualified than other candidates for the job.  The rules say that any person with qualifications would get the job first.  As the USPS FAQ page says, “One of the conditions for the offset waiver is that it be used only after normal recruitment activities have failed.”  That’s why the letter to postmasters says that a retired postmaster can fill a vacancy only if “no qualified applicant applies.”

According to USPS Publication 183, the requirements for a PMR position are straightforward: 18 years of age (16 with a high school diploma), US citizen or lawful resident alien, competency in English, etc.   In addition, “PMR/LRs must have an attitude of responsive service to customers, present a favorable image of the Postal Service to the community, and be able to interact with and relate well to others.”

Conceivably, then, an 18-year-old with no high school degree but with good people skills could apply for a PMR position and meet the minimum requirements.  According to the rules, that individual would be entitled to get the job over the retired postmaster, who may have been working the job for a couple of decades. 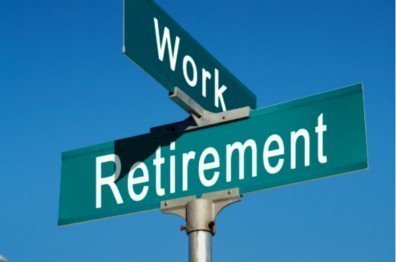 The letter to postmasters from the Postal Service also says, “Your ability to work in this position without reduction to your annuity is subject to specific conditions and a limited duration.”  The limited duration is a reference to the 180-day rule.

It’s not clear how that would work out.  Does working a two or four hour day count as a full day toward the 180?  If so, a PMR would only be able to work four days a week, and not even for a full year.  A six-day office open four hours a day would require two PMRs.

Because recruitment efforts are supposed to continue even after the retired postmaster takes the job, it would appear that the appointment might not even last the 180 days.  Someone could come along at any time and take the job.

At the end of the calendar year, the request for a waiver must be renewed, so these positions are temporary in yet another sense.  As the CFR says, “If the agency wishes to continue the exception for an individual beyond the specified time, the request for renewal must demonstrate that the conditions justifying the initial exception still exist.”

It looks like the offer of a PMR position is not intended to be a very long lasting arrangement.  It’s simply a way for the postmaster to “transition” into retirement — and for the Postal Service to transition into POStPlan. 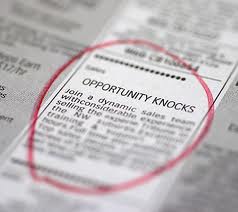 It’s likely that the Postal Service is not very worried about staffing 13,000 part-time post offices.  If it proves impossible to find a qualified person to operate a post office, that will provide an occasion to declare an “emergency suspension” and close the office.

If, on the other hand, the Postal Service is serious about staffing thousands of part-time post offices, it certainly makes sense to rehire retired postmasters willing to take the pay cut.  The Postal Service is going to have its hands full finding, training, and retaining thousands of part-time workers for 13,000 post offices.  If retired postmasters can cover some of those offices, it will help.  They don’t need training, and they don’t have the same salary demands as a person without a pension.

But it’s hard to take the Postal Service’s invitation to postmasters very seriously.  The wages mentioned in the letter are the same wages the Postal Service would pay someone who has never stepped foot behind the counter in a post office.  As we’ve seen here, the statutory limitations on re-hiring an annuitant are significant, so it’s possible a retired postmaster wouldn’t even get the job, or get it only to lose it when a “qualified” applicant comes along.

The Postal Service could be heading into an administrative nightmare over the coming months.  Postmasters at POStPlan offices aren’t going to wait two years to look for a new position, and many of them are scrambling to find a new position while the getting is good.  Many others will take advantage of the VER incentive and retire.  That will leave many post offices without a postmaster even before the community meetings about reducing hours begin in the fall.  The transition to part-time post offices will not be smooth or easy.

While there are indications that the Postal Service has been planning to replace full-time postmasters with part-time workers for a long time, it also looks as if not much thought has been given to the details of this plan to staff 13,000 post offices with part-time employees.  But a moment’s thought should have been enough.