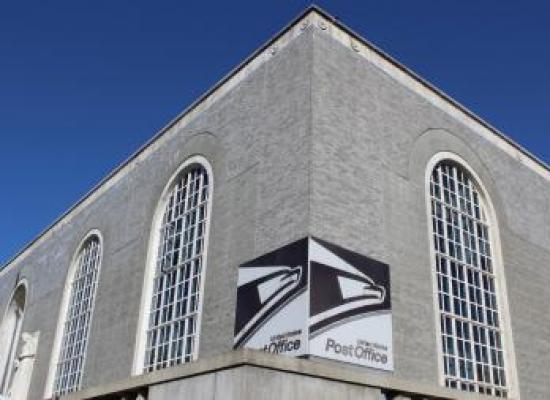 From DNAInfo New York: "The campaign to stop the sale of the historic Bronx General Post Office is moving to the streets and the courts, advocates say, after federal regulators rejected an appeal of the proposed sale of the building.

"On Saturday, local residents, postal workers and allies from as far away as California will meet at Lincoln Hospital and then march to the hulking New Deal-era post office on East 149th Street and the Grand Concourse to demand the United States Postal Service drop its plans to sell the landmarked building.

“It’s an iconic building that was built with taxpayer dollars and now they’re going to sell it to private interests?” said Chuck Zlatkin, legal and political director for the New York Metro Area Postal Union, which will join in the rally. “It’s really a destruction of the commons.”

"Meanwhile, a Bronx activist and a New York University professor filed suit in a federal appeals court this month to reverse the decision by the Postal Regulatory Commission in August to dismiss an appeal of the USPS plan to sell the post office and shift service to a new facility."  Read more.