Last week, the Postal Service released a survey it had commissioned with IPSOS, a Paris-based market-research company, showing that 80 percent of Americans supported the Postal Service’s decision to end Saturday delivery.  Save the Post Office conducted its own survey over the past week, and it shows something completely different: 84 percent were strongly opposed to moving to five-day delivery.  (Thanks to all of you who took the time to fill out the survey.)

We conducted this survey because the Postal Service’s survey seemed biased.  The first question informed respondents of last year’s $16 billion deficit without providing any context for why the deficit exists (over $11 billion of it was due to the retiree health care prefunding).  Plus, some of the questions suggested that if the Postal Service did not move to five-day, it might need to raise postage rates, seek a taxpayer bailout, or even suspend services.  Such questions seemed intentionally designed to elicit a favorable response toward ending Saturday delivery as a better alternative to other options, none of which is likely to occur.

The Save the Post Office also used loaded questions, but they were loaded with facts, like the fact that 80 percent of the $40 billion deficit is due to the healthcare prefunding mandate (as this table shows), the fact that ending Saturday delivery could drive away over $1 billion in business (as the PRC advisory opinion concluded), the fact that ending Saturday delivery will not save taxpayers a dime (because the Postal Service is entirely self-supporting), and so on.

Over 6,000 people responded to the STPO survey.  Here are the results on the two key questions about Saturday delivery. 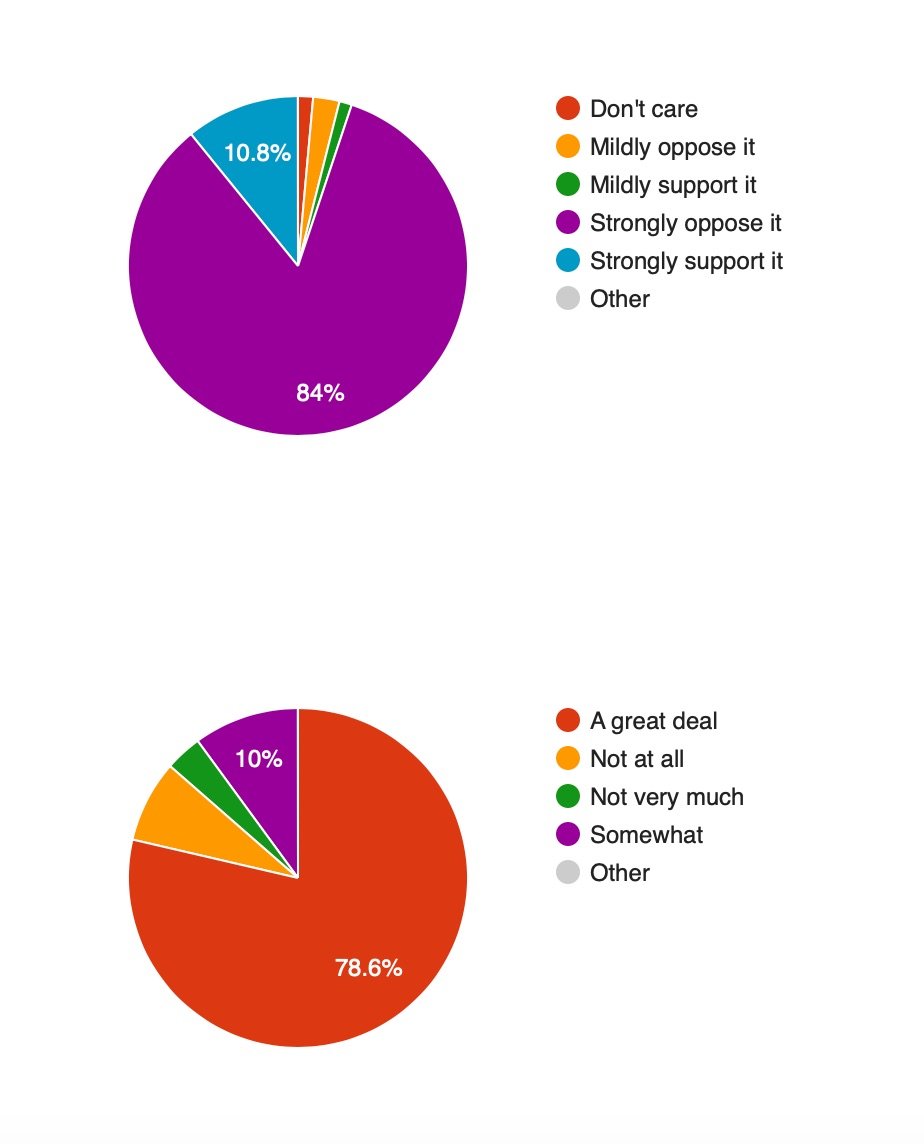 Those results are a lot different from what the Postal Service’s survey showed.  According to its survey, 80 percent support ending Saturday delivery, while 20 percent oppose it.  In the USPS survey, 8 percent said they would be personally impacted a great deal, 24 said somewhat, 46 said not very much, and 22 percent said not at all.

It looks as though survey results like these all depend on how you pose the questions and to whom you pose them.

Both surveys were conducted online, so they excluded the people who most depend on the mail and Saturday delivery — seniors and people in rural areas where there’s no decent Internet.  The USPS survey used a panel of selected participants, and we don’t know anything about how the panel was composed.

One hopes that the Postal Service’s market research company did a good job making sure the respondents were a representative sample of the entire country.  The STPO survey was obviously not representative.

If you’re reading Save the Post Office and the postal news websites that linked to the survey, you’re probably a postal worker, or you have a postal worker in the family, or you’re in the mailing industry, or you’re focused on postal issues for other reasons.  You’re not an average American when it comes to the Postal Service.

Another problem with the STPO survey is that it was conducted using Google Forms, and there was no way to prevent someone from submitting multiple responses.  One individual could fill out the survey several times, and a few people did just that.

One person, in fact, was so passionate in his support for ending Saturday delivery that he responded to the survey over 5,000 times.  To make his work easier, he skipped all the questions but # 9 and #10 and didn’t write any comments, but it still took him many, many hours last Sunday to make his contribution.  Hopefully, he figured out a way to get his computer to enter the responses automatically and didn’t do all that work manually.

Once we discovered that some people were doing multiple responses in the extreme like that, we changed the survey to require a comment, but that didn’t stop some people, like the guy who copied and pasted the same comment (“FIRE THE POSTMASTER GENERAL”) a hundred times in a row.

Of the 13,000 responses, half were clearly duplicates, so we deleted all of them, and ended up with a sample of about 6,200 — not a scientifically representative sample of the country, but probably a good measure of where postal workers and others with an above-average interest in the fate of the Postal Service are at.

Here’s a summary of the responses to all ten questions on the survey.  The comments are here.  You can see all 13,000 survey results (including those that weren’t counted) here, and you can see a table with the 6,200 that were included in the results, here.