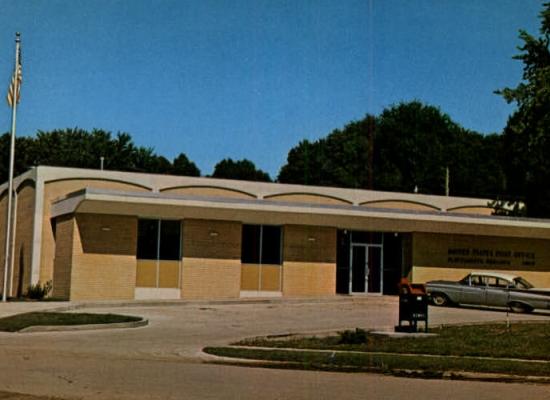 Yesterday U.S. Rep. Nick Rahall (D-W.Va.) wrote a letter to the Postmaster General urging him to declare a moratorium on closing post offices.  It was the second such call for a moratorium from a high-ranking government official, following Iowa Governor Branstad's request in August.

Yesterday also brought news of two post offices being studied for closure that do not appear on any list — a small rural post office in Tilly, Arkansas, and a large post office in Harlem.  Apparently the Postal Service is not satisfied with the 4,300 post offices that appeared on the two lists that came out in July, and it’s looking around for even more post offices to close.

Another Call for a Moratorium 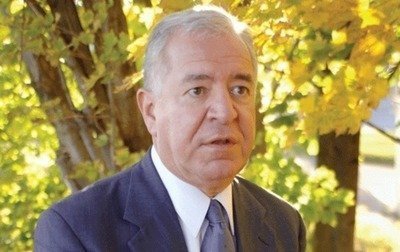 Congressman Rahall’s letter to the Postmaster General expresses his concern that the concerns of his constituents are not being seriously considered when the Postal Service studies a post office for closure.  Rahall has received reports that town meetings with postal officials are scheduled at inconvenient times (like during Halloween preparations in Kiahsville), that the post office in Amigo was closed before rural delivery was established, and that there are so many meetings going on — 40 in the Appalachian District — that it raises doubts that the postal service can appropriately manage the public feedback.

"The public view is that a post office’s fate is predetermined and that a meeting’s purpose is a perfunctory step in the closure process, instead of being used to truly assess legitimate safety and convenience issues, and taking steps to minimize the adverse impact on the community," Rahall wrote. 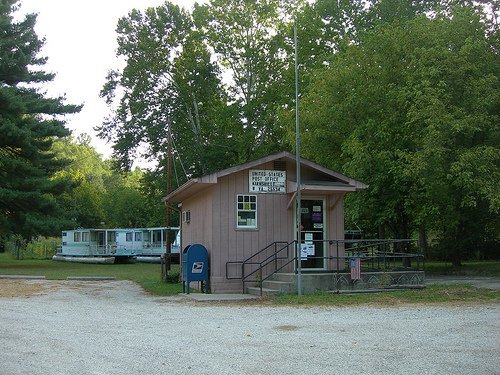 The Congressman also pointed out that three of the four criteria used to select a post office for closure study “are financially based and clearly target small facilities that are not heavy revenue producers” – which conflicts with Postal Service's statutory charter requiring it to provide "a maximum degree of effective and regular postal services" to rural communities where post offices are not self-sustaining.

In addition to a moratorium on postal facility closures, Rahall is also asking the Postal Regulatory Commission and the postal service's inspector general to "exercise their oversight authorities to the fullest extent in ensuring these postal closures conform strictly to the spirit of the law."

The post offices in Tilly, Arkansas, and on upper Fifth Avenue in Harlem, couldn’t be more different — a tiny rural post office staffed by a postmaster and a postmaster relief, and a big urban station with 33 clerks and carriers.  But they are similar in one important way — they serve populations that are the most hurt when a post office closes.

Yesterday, residents of Witts Spring, Arkansas, were told that their post office was being removed from the RAOI list.  But good news for Witts Spring meant bad news for its neighbor, Tilly, which learned that it would be considered for closure study instead.  The Postal Service has been renting the little building in Tilly since 1980, and the rent is just $600 a year — $50 a month.  The postmaster will presumably be moved to another post office, so there’s no cost savings there.  What can the Postal Service possibly gain by closing this little office?  And how could that savings possibly make up for the damage it will do to Tilly? 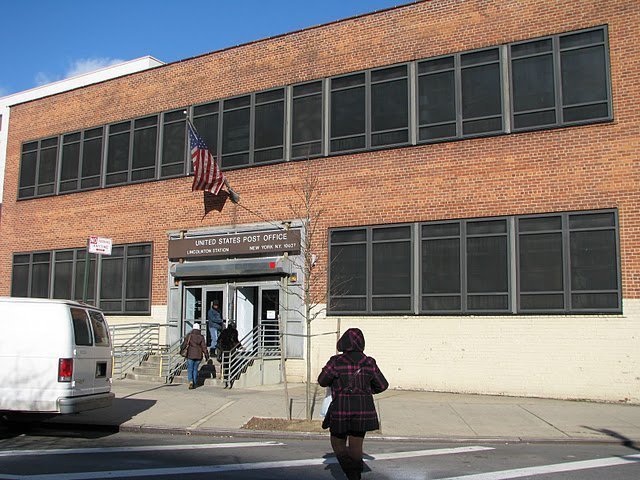 The Lincolnton Station is located in New York’s Harlem, at 2266 5th Avenue, at the corner of 138th Street.  There’s going to be a meeting with postal officials on Tuesday, November 22nd, at the station lobby from 6 p.m. to 8 p.m.  The public is encouraged to attend.  Perhaps postal officials will tell the community what’s going to happen to the station’s 33 employees.  The nearest post office is College Station, a half mile away, but it’s got 14,000 square feet, whereas Lincolnton has 22,000, so there’s probably not enough room for all those displaced workers.  That half mile to the next nearest post office may not seem like much to most people, but a half mile in NYC isn’t a half mile in Arkansas and it will be a long distance for Lincolnton patrons to cover.  And while it’s tough on any community to lose a post office, it’s especially hard on an inner city neighborhood, where so many people walk to the post office and nearby small businesses depend on the foot traffic.

[CORRECTION: The Lincolnton Station is not being studied for closure: the meeting was at Lincolnton, but it was about the nearby College Station, which is on the RAOI list.)]

Many post offices have closed or received final determination notices this year, but almost all of them were initiated for closure study in 2010 or early 2011, or else they appear on the July 27, 2011 list of 727 post offices under closure study outside of the Retail Access Optimization Initiative (RAOI), with its list of 3,650 post offices.

The Deputy Postmaster General said recently that there would be another list of 4,000 coming soon, but apparently the Postal Service isn’t waiting until then.  It’s not enough that it’s closed 280 post offices this year, issued final determinations for another 300, and has over 4,000 under closure study.  If the Postal Service wants to consider a post office for closure, it doesn’t matter whether it’s on a list or not.  That means no post office is safe.  Yours might get a “proposal to study” notification any day now.