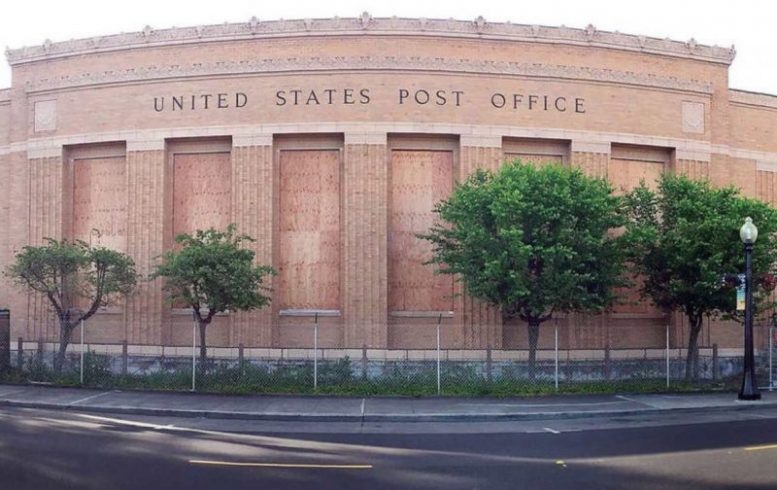 Napa Valley Register: The Postal Service may have a new buyer for the Franklin Street post office in Napa, California.  The cracked brick facade of the earthquake-damaged post offices has loomed over the 1300 block of Second Street for nearly two years.

After an initial attempt to sell the downtown landmark fell through, a second buyer for the property has stepped forward, the U.S. Postal Service reports.

“We have signed a contract with a new potential buyer,” Augustine ‘Gus’ Ruiz, USPS spokesman, said on Tuesday.

The potential buyer is “from the Napa area,” said Ruiz, who would not disclose the identity. Neither the price nor the number of bidders was disclosed….

The building has been for sale for an undisclosed price since July 2015.  The post office, which was built in 1933 in the Art Deco style, was badly damaged in the August 2014 earthquake and has remained closed since then.  The USPS originally moved to demolish the building. The agency said that it would cost $8 million to repair quake damage, while it would cost only $500,000 for demolition.  After considerable public outcry, the agency decided to try selling it to a buyer who can repair the structure and preserve its architectural integrity.  Read more.