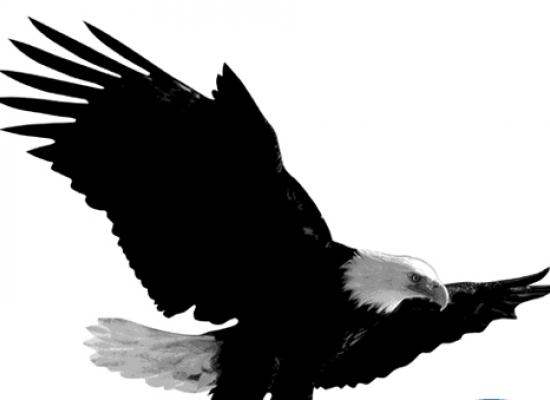 Yesterday, the National Association of Postmasters of the U.S. (NAPUS) called for a moratorium on post office closings.  That’s a big deal, and it will give the cause a lot of momentum.

Calls for a moratorium on post office closing have been growing.  In August, Iowa’s Governor Terry Branstad called for one, and earlier this week Representative Nick Rahall of West Virginia wrote the Postmaster General urging him to declare a moratorium.

Moratoriums on post office closings are unusual but they aren’t unprecedented.  Back in 1975, a GAO report recommending the closure of 12,000 rural post offices led to a storm of protest, Congressional hearings, a commission to study the Postal Service, and a moratorium on closing or consolidating any post office until the commission published its findings.

In 1998, under congressional pressure, the Postmaster General declared a moratorium on closures and consolidations because there was suspicion in Congress that the Postal Service was using “emergency suspension” tactics to close post offices illegitimately. 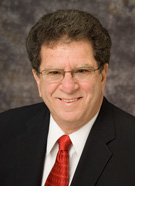 Yesterday’s call by NAPUS for a moratorium came in a letter from Bob Rapoza, President of NAPUS, sent to key members of the Senate Homeland Security & Government Affairs Committee about the “21st Century Postal Service Act of 2011" (S. 1789), introduced by Senators Lieberman, Carper, Collins and Brown.

“We urge the Committee,” wrote Rapoza, “to include in the legislation the imposition of a moratorium on post office closings and consolidations, until such time as the retail service standards specified in section 204 can be fully implemented.”

Most of the 21st Century Postal Service Act of 2011 is simply lousy.  It embraces the idea that the Postal Service needs to be radically downsized, it permits ending Saturday delivery in two years, it phases out door-to-door delivery, it backs off of demanding that the Postal Service be refunded from the $50 to $75 billion overpaid in to CSRS, and it would give postal workers health care benefits inferior to what they enjoy now.

Rapoza’s letter also expresses concern over the health care provisions in the Act, which would require some postal retirees to enroll in Medicare Part B, thereby reducing their level of coverage.  He also said NAPUS was “troubled" that the legislation does not include management and supervisory association input in the development of a postal-only health plan.

But in terms of protecting small post offices, the 21st Century Postal Service Act may have something to offer, and it’s better than most of the proposed legislation going around Congress right now.  That’s because the Act contains a passage about “service standards” that are intended “to guarantee accessible postal products and services.”

This provision of the Act would give the Postal Service a year to establish “service standards” for market-dominant products (that’s just about everything but priority, express, bulk parcels, and international mail) “in order to guarantee customers of the Postal Service regular and effective retail postal services nationwide . . . on a reasonable basis.”

Those standards would need to be consistent with section 101(b) of Title 39 (US Code), which is the key passage that protects small post offices: “The Postal Service shall provide a maximum degree of effective and regular postal services to rural areas, communities, and small towns where post offices are not self-sustaining.  No small post office shall be closed solely for operating at a deficit, it being the specific intent of the Congress that effective postal services be insured to residents of both urban and rural communities.”

That passage has come up repeatedly in the hearings being held by the Postal Regulatory Commission for its Advisory Opinion on the Retail Access Optimization Initiative (RAOI) to consider 3,650 post offices for closure.  Critics of the plan have said that closing thousands of post offices is clearly not consistent with a “maximum degree” of service, and in most cases the only reason for closing the post office is financial.   The Postal Service has been dancing around the meaning of “maximum,” pointing to the existence of alternatives to a regular post office (like buying stamps online), using various maneuvers to argue that closing rural post offices does not violate Title 39, and coming up with other reasons for closing a post office, like the absence of a postmaster (which the Postal Service obviously controls).

The proposed Act would require the Postal Service to spell out more specifically the standards it is using to fulfill Title 39.  These “service standards” would need to take into consideration a number of factors like geography and demographics, even transportation and weather issues.  The moratorium would prevent post offices from being closed during the year that these service standards are worked out.

With respect to geography, the Postal Service would be required to establish “standards for the proximity of retail postal services to postal customers, including a consideration of the reasonable maximum time a postal customer should expect to travel to access a postal retail location.”

That passage responds to one of the main issues that the PRC has been grappling with in its work on the Advisory Opinion.  While closing a post office can do irreparable harm to a community, it also causes a lot of inconvenience.  So the PRC is looking at just how far people are going to have to travel to another post office if theirs closes.  And it’s not just distance, it’s traveling time.  The Postal Service keeps saying that people travel to other neighborhoods and towns as a matter of routine errands, so the distance issue is not that big of a deal.  But it’s clear from studies and testimony that people are going to have to travel further to get to a post office — that means more miles, more gas, and more time.  The new service standards would put some sort of limit on how far they should need to travel and how long the trip should take.

Another factor in service standards the Postal Service would need to consider is population — density, demographics, and so on.  Key demographics are the age and disability status of individuals, as well as “other factors that may impact the ability of postal customers, including businesses, to travel to a postal retail location.”

This issue has also been discussed in the PRC hearings.  The point is that closing a post office doesn’t impact everyone equally.  Some populations — like the elderly, the poor, people with disabilities, small businesses — are simply more vulnerable to the harm a closing can cause.  Although the Postal Service claims that it considers such factors when it looks at the effects of a closing on a community — which it must do by law — the new Act would require the Postal Service to set up standards to protect these populations.

The new service standards would also need to be consistent with the requirement that the Postal Service serve remote areas and communities with transportation challenges, like bad weather or other natural conditions that make it difficult to get to the post office.

Presumably, this passage in the Act responds to the fact that, as the Postal Service has been discovering, it’s simply not feasible to offer alternative retail access in some rural areas.  That’s why the Postmaster General is backing off the big “alternative access” concept the Postal Service was banking on — the Village Post Office.  As the Postmaster General said earlier this week, "When you get west of the Mississippi, it's more prevalent that you don't have stores in these communities, you have nothing in these communities. It's pretty much just the post office."  There’s simply no place to put a Village Post Office.

These new service standards could go a long way toward protecting small post offices and the communities they serve.  The language could be tougher — and it could definitely do more to protect urban and suburban post offices — but it’s better than most of the other legislation going around Congress, and the clause is a step in the right direction — at least when it comes to protecting post offices.  Most of the rest of the legislation doesn’t deserve serious consideration, and it doesn’t bode well for where things are headed.

For now, though, the main thing is to push for a moratorium on post office closings, and what NAPUS has done could make a big difference.  Since the beginning of the year, nearly 600 post offices have closed or received a Final Determination notice that they will close in sixty days.  We’re learning this week that the nearly 4,400 post offices on the two lists that came out in July were not enough for the Postal Service, and it is now initiating closure studies for post offices not on either list.  Over the coming months, thousands of post offices could receive a Final Determination notice.  The Postal Service is out of control.  A moratorium on post office closings is long overdue.

If you’d like to express your support for a moratorium, you can sign the Save the Post Office petition for a moratorium, which now has almost 2,500 signatures, and you can contract your elected representatives.   (To get a list of your elected officials, type your zipcode into the box on the upper right of the Congress.org page.)