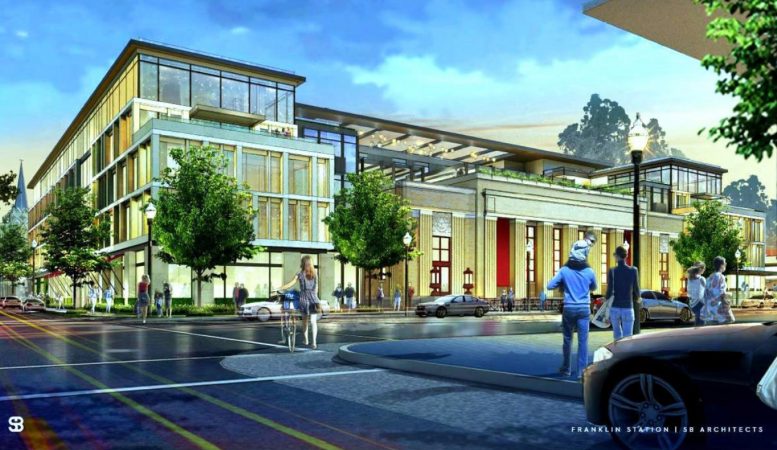 Napa Valley Register: A plan to recast downtown Napa’s earthquake-ravaged post office building into a sleek luxury hotel has received one of its first reviews – a less-than-enthusiastic one.

In a letter to the city, Napa County Landmarks questioned the design of a five-story, 163-unit hotel that is to incorporate the façade of the former Franklin Station post office, a 1930s Art Deco landmark on Second Street that has been empty since absorbing serious damage from the 2014 earthquake. 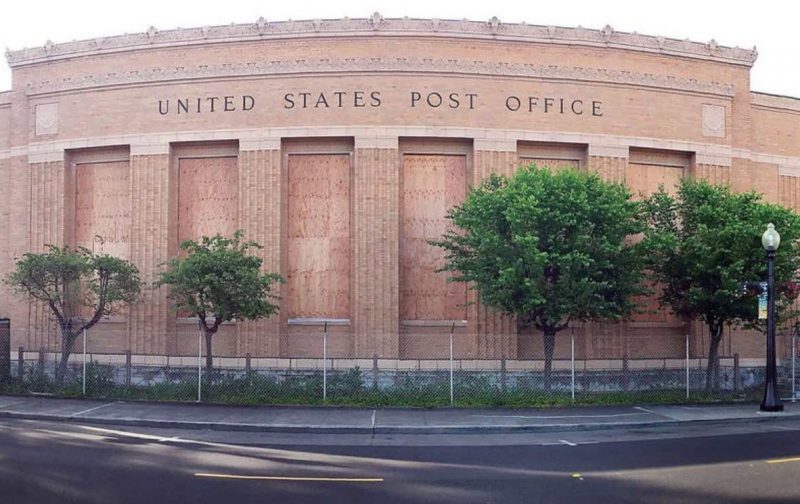 The 175,000-square-foot multistory design, which wraps extensive swaths of plate glass, metal and other contemporary materials around the existing tan-brick entryway, would swallow up too much of the post office’s original look to make its historical context clear, according to Landmarks president Ernie Schlobohm.  Read more.