A moratorium on post office closings came a step closer today, the Postmaster General has apparently promised to hold off on closing post offices until the first of the year, and the Chairman of the Postal Regulatory Commission dissented on an appeals decision again.  A big day in postal world (and don't even mention the stock market).

Earlier in the day, the Senate Homeland Security and Governmental Affairs Committee was considering S. 1789, the “21st Century Postal Service Act of 2011,” and the “markup” of the bill included an amendment that would suspend the closing of post offices until some retail “service standards” are established.  The amendment actually passed, with a 12-4 vote, and if it becomes part of the postal reform law Congress is working on, it might mean a moratorium on post office closings.

According to a message from Mark Strong, president of the National League of Postmasters, to League members, the committee also mentioned during its discussions that the Postmaster General “has agreed to back off of current closing until the legislative process has a chance to work its way to fruition, and the setting of standards is complete.”

The Fort Smith City Wire confirms that news with a report that U.S. Rep. Mike Ross (D-Prescott) announced on his Twitter feed that the U.S. Postal Service will “temporarily suspend” all post office closings nationwide from November 19 to January 2.

UPDATE 11/10/11: The Congressman's Tweet was about a letter USPS VP Dean Granholm sent to VPs of Area Operations, indicating that "in an effort to avoid unnecessary service interruptions or logistical challenges, all Delivery Unit Optimization (DUO) implementations and post office closures will be temporarily suspended beginning November 19, 2011 and continuing through January 2, 2012."  The letter also says, however, that all districts may proceed with the discontinuance process, including community meetings and final determination postings.  "Only the actual physical closing of a post office or the physical relocation of routes from one facilty to another (DUO) will be termporary suspended."  Granholm's letter is here.

The suspension of closings during the holiday season won't help at least one post office.  The Pimmit branch post office in Falls Church, Virginia, near Tyson's Corner outside Washington, DC, was told in September that it would be closed this Friday — a decision currently being appealed to the Postal Regulatory Commission (PRC).  The appellant, attorney Elaine Mittleman, a devoted patron of the Pimmit post office, also applied for a “suspension” that would have kept the post office open while the appeal was being heard.  The PRC turned down the request today, and the post office will apparently close on Friday.

If you’re not into the lingo, that’s a reference to the fact that “stations” and “branches” — post offices that are “secondary” to the main post office of a city — are, according to the Postal Service, not entitled to the same closing process as a main post office.  The PRC has long disputed this, but the disagreement continues to fester, and Pimmit is now another victim of the unresolved debate.  Today the majority of the PRC commissioners chose to side with the Postal Service, so the Pimmit branch will not get the benefit of the doubt and stay open while the appeal goes forward.  That will make it even more difficult to win an affirmative decision from the PRC, and it could seal the fate of Pimmit. 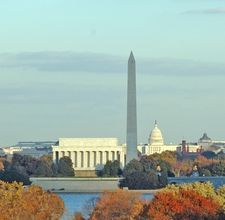 Today’s markup of S.1789 provided better news, at least in part, by moving us closer to a moratorium on post office closings and the implementation of “service standards” that could make it more difficult to close small rural post offices, perhaps others as well.  These service standards involve issues like the maximum time and distance a postal customer should reasonably be expected to travel to a post office, as well as demographic matters, like how seniors or other “vulnerable” populations might be impacted by a post office closing.  (More on the service standards is here, and for more on the background to how the amendment came to be, see the NAPUS website.)

It could take a while to work out the details of the service standards, and the moratorium would presumably stop all closings during that time.  The postal reform act might not prevent thousands and thousands of post offices from eventually closing, but it would certainly slow down the Postal Service in its effort to close post offices as fast as possible.

According to Strong’s message to the League, “Under the amendment these new [service] standards will apply to post offices in the existing closing processes. The significant part of this amendment allows a complaint to be filed with the PRC if the new standards that are set are violated. This is a separate and stronger process from the normal community appeal for a PRC Advisory and allows the PRC to take whatever action necessary to remedy the complaint.”

Another positive note in the markup was that the committee adopted the Pryor amendment, which, if we're understanding PostCom's notes on the meeting correctly, would require the Postal Service to explain its rationale for not adhering to a PRC Advisory Opinion.  According to current law, the Postal Service is not obligated to adhere to the Opinion — it’s just an “opinion” about whether or not what the Postal Service wants to do complies with statute — and S.1789 doesn’t say the Postal Service must follow what the PRC says.  But the amendment would give more weight to the PRC’s determination.

Presumably that means the Postal Service could not disregard what the PRC has to say in its Advisory Opinion on the Retail Access Optimization Initiative (RAOI), the plan to close 3,650 post offices now being implemented.  That Opinion should be coming out in a few weeks, and whether or not it “approves” the RAOI or not, it’s likely to be critical of the Postal Service’s plan in several respects.  If the amendment remains part of the bill that ultimately passes, it would strengthen the PRC’s hand and make its recommendations tougher to ignore.

Overall, the amendments on a moratorium and the Advisory Opinion are definitely improvements to the bill, but most of the rest is just bad news, and the National Association of Letter Carriers (NALC) says it's "deeply flawed" — and that's putting it mildly.  The bill endorses the idea that the Postal Service needs to be radically downsized, it threatens the jobs of 80,000 workers, it permits ending Saturday delivery in two years (an amendment to implement five-day immediately was rejected today), it phases out door-to-door delivery, it gives postal workers health care benefits inferior to what they enjoy now, and it basically "dismantles" the Postal Service.

The bill is still better, believe it or not, than what will come out of the House, where the conversation is dominated by the Postal Reform Act put forward by Representatives Issa and Ross, which would put the Postal Service out of its misery as quickly as possible.  It's hard to be optimistic that some synthesis of the two bills is going to come out better than either one of them.

That will come as cold comfort to the patrons of the Pimmit post office which looks like it will close on Friday, the 16 post offices in Alabama that close this month (eight of them on Nov. 18, the day before the PMG's suspension of closures begins), and the 280 communities that have already lost their post office this year.  But for the 300 other communities that have received Final Determination notices telling them their post office will close in 60 days, and for the thousands that might get one soon, the Postmaster General's promise to hold off on the closings will be good news indeed.

(NB: These are breaking stories, and this post is subject to corrections as the stories develop.)