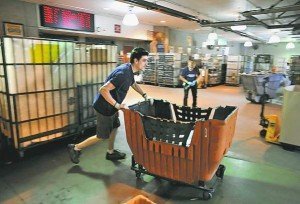 Yesterday the Postal Service released more AMP studies, and we’re getting a clearer picture how much the Network Rationalization plan to consolidate about 230 mail processing plants will save and where the eliminated positions will come from.  Not surprisingly, the savings look to be a lot less than the Postal Service has been saying, and it’s still a mystery where 34,000 positions will be eliminated. 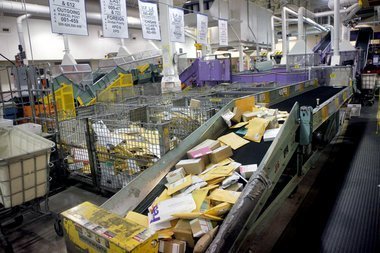 The PRC asked the Postal Service to provide a copy of the AMP study for each of the 264 mail processing facilities studied for possible consolidation, and yesterday the Postal Service submitted a file with 184 of the studies.  It’s not clear why the file is missing 80 studies, but presumably the complete file will be made available to the PRC soon.  You can find links to the 184 studies on PostalMag.com, and you can download the .zip file with all the studies, here.

Now that we can see the actual AMP studies for over 80% of the 223 facilities approved for consolidation, there’s not much need to speculate and extrapolate to envision how much the total savings will be.  These AMP studies describe the reality on the ground and not an abstract computer simulation conceived in postal headquarters.  After reviewing these studies, the Network Rationalization Plan is looking more like a rationalization than a plan.

These 184 studies provide the clearest picture yet of how much money will be saved by Network Rationalization and where the eliminated positions will come from.  As with our two previous exercises along these lines (the first using the PowerPoint presentations at 70 public meetings and the second using 134 AMP studies), the numbers just don’t add up to anything like what the Postal Service has been saying.

[UPDATE: On March 30, the Postal Service released a table summarizing the results of 203 AMP studies.  The table is here, and the spreadsheet is here.)

Here’s a table summarizing the latest data (you can download the Excel spreadsheet with all the data here):

The Postal Service says the plan will eliminate 34,000 positions.  The AMP studies give us an idea of where 15,000 positions will come from, but the other 19,000 remain a mystery. 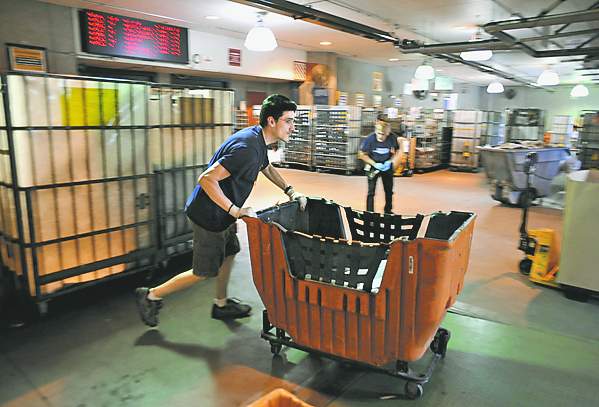 There are 150,000 workers in the mail-processing network.  If 6% of them left the service each year, it would take nearly five years to eliminate 34,000 positions and reach the goal of $2.1 billion in savings.  Basically half of the excessed workers would have to quit or retire over the next few years.

Now, it may be that the Postal Service will be able to accelerate the rate of attrition with its Network Rationalization plan.  Excessing workers to a facility a hundred miles away will surely make life difficult and push workers to quit or retire.  There may be financial incentives coming soon as well.

But with an unemployment rate over 8% and good-paying jobs hard to come by, how many postal workers are really ready to leave their jobs?  Indeed, the Five-Year Business Plan released by the Postal Service a couple of weeks ago identified several “significant risks” in the plan, and one of them was simply, “Employee attrition may be too slow, which will drive up costs.” 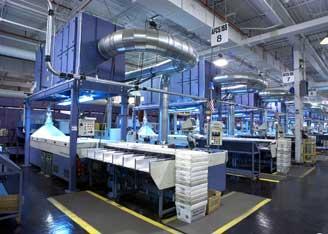 As noted in the previous posts on this subject, it may be that the AMP studies do not capture much of the cost savings that may be realized with the new network configuration, and there may be other places where a significant number of positions can be eliminated.  Perhaps this method of calculation is simply flawed.  But at this point, it is really up to the Postal Service to offer an explanation about why the AMP studies don’t add up to what it’s been saying.