It can take months for the USPS to go through the bureaucratic process of closing a post office, but under the law’s provision for an “emergency suspension,” the USPS can shutter a post office in as little as 24 hours.  According to the Postal Operations Manual (download pdf), these suspensions are supposed to be temporary closings for unusual circumstances—a natural disaster, a lease termination when other suitable quarters are not available, lack of qualified personnel to run the post office, a severe health or safety hazard in the work environment, and severe damage to the postal building.  If past history is any indication, a post office closed for an emergency suspension will probably never re-open.  Here are a few of the stories in the news. 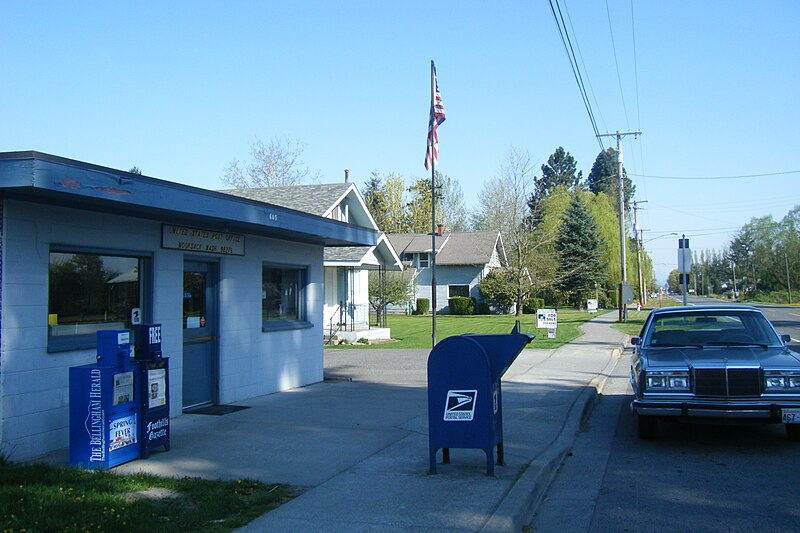 In Nooksack, Washington, the post office was closed for retail business on Friday, May 27, and p.o. boxes moved to another post office over the Memorial Day weekend.  According to the The Bellangham Herald, Postal Service spokeman Ernie Swanson explained that this was an “emergency suspension” because the lease for the building was up at the end of May.  The Postal Service will gather input from citizens through mid-July, and “officials in Seattle will make a recommendation to Postal Service headquarters on whether to renew the lease on the building or keep the location closed.”

In Calumet, Pennsylvania, on May 31, residents were given 48 hours notice that the Postal Service was closing the post office as an “emergency suspension” because of “unspecified building problems that could jeopardize the safety of employees,” reports Trib Live.  The owner of the building is the Calumet Volunteer Fire Department. Residents will need to change their addresses and seek boxes at other post offices or install mailboxes at their homes.

On Monday, May 9, residents of Coatsburg, Illinois, were given 24-hours notice that their post office was closing because of a “lack of qualified personnel to operate this office.”  According to the Quincy News, the post office was being operated by an Officer in Charge rather than a regular postmaster, and this person took another job on short notice. Valerie Welsch, spokesperson with the Postal Service, explained, “We couldn’t give a huge notice because we just didn’t have anyone to fill in there, it is an emergency suspension of services.”  The Coatsburg post office was already on the closure list announced earlier in the spring, and public hearings had taken place. “This emergency suspension had nothing to do with that study,” said Welsch. In Caledonia, New York, near Buffalo, representatives of the Postal Service met last week with residents to discuss the “emergency suspension” of their post office that took back in November 2010 when the USPS was unable to secure a renewal of the lease.  As reported in the Livingston County News, people aren’t buying the lease story. They pointed to several vacant buildings in the business district and asked if the USPS had considered them.  The mayor of the town produced an email letter from the owner of the building stating that he tried to negotiate an equitable agreement with the USPS and that his company even offered to lower the rent in an effort to keep the post office in the property.

The post office in Tariffville, Connecticut, was closed back in January for an emergency suspension because of concerns about the structural integrity of the building after heavy snowfall forced an evacuation.  The building has housed the post office for more than fifty years (photo at the top).  As the Simsbury Patch reported, shortly after the suspension, the company that manages the building said that the problems had been repaired and the post office should be open for business “tomorrow”—that was over four months ago.  Citizens complained to the Postal Service that the building was declared safe after just two days and other tenants returned, but the USPS had “quickly removed the PO boxes and office equipment instead of returning.”  A study is now underway to determine whether or not the post office should be “continued.”