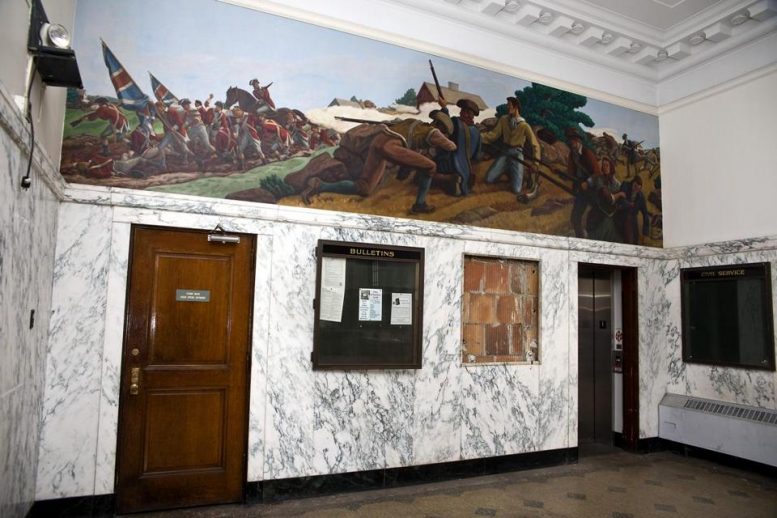 thesomervilletimes.com: The historic Union Square Post Office building in Somerville, MA, will soon be home to RightHand Robotics, a local technology company that grew out of a team of researchers from Harvard, Yale and MIT.

RightHand Robotics is a leader in end-to-end solutions that reduce the cost of e-commerce order-fulfillment across industries, bringing the latest technological developments from the lab to the warehousing industry….

The Union Square Post Office was bought in 2014 by Union Square Partners LLC, which is run by Don Law, president of Live Nation New England. A designated Local Historic District, the building is a protected landmark dating from 1935 and is listed on the National Historic Register.  Read more.

(As reported in a Boston Globe article about the sale back in 2014, the Somerville post office building contains a mural by Ross Moffett, a popular artist who lived in Provincetown.  “His 1937 mural, ‘A Skirmish Between British and Colonists Near Somerville in Revolutionary Times,” depicting a clash that helped ignite the Revolutionary War, still graces the wall of the post office in Somerville’s Union Square.”

When the sale of the post office was first announced, Mr. Law promised to preserve the painting, and according to preservation covenants on post offices, New Deal murals are supposed to be available for public viewing.  Yesterday’s article in the Somerville Times says nothing about what kind of access the public will have to the painting.)