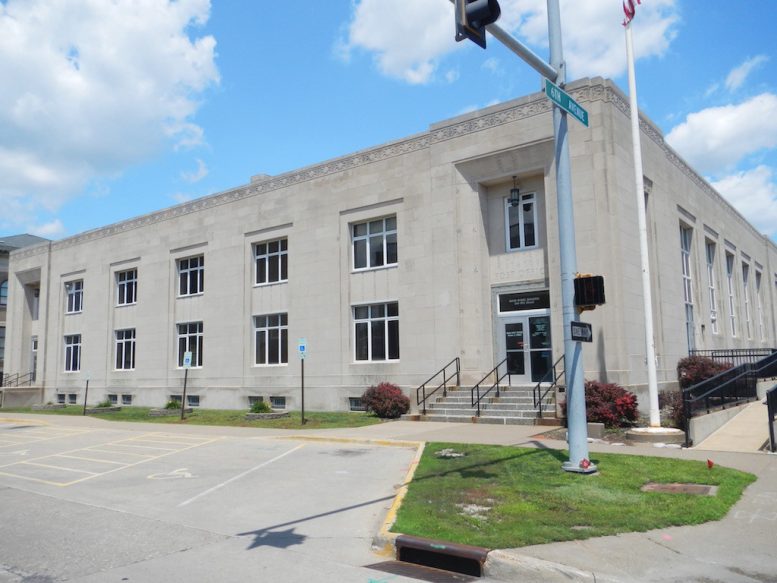 qctimes.com: An unknown odor noticed Thursday morning in the Moline, IL, Post Office caused the building at 514 17th St. to close its doors to the public and temporarily suspend services, a spokeswoman for the agency confirmed.

“Until we’re able to determine the source of that (odor), it’s hard to guess when services will be restored,” said Stacy St. John, communication specialist for the United States Postal Service in Kansas City.

She could not describe the stench that raised the air quality concerns.

In the meantime, operations have been relocated to two other USPS locations in the Illinois Quad-Cities.  Read more.

According to the USPS facilities report, the Moline post office is owned by the USPS, and it was built in 1937.  It’s eligible for the National Register of Historic Places.