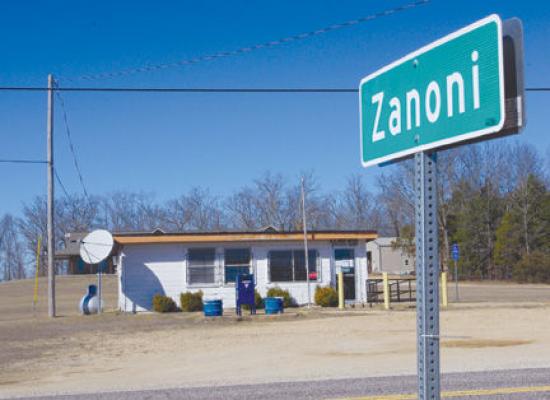 During fiscal year 2015, the Postal Service closed about 90 post offices for emergency suspensions.  Five of them were in Missouri, and one was in the Ozark Mountains.  This week signs appeared on the door of another Ozark post office saying it would be closed soon too. 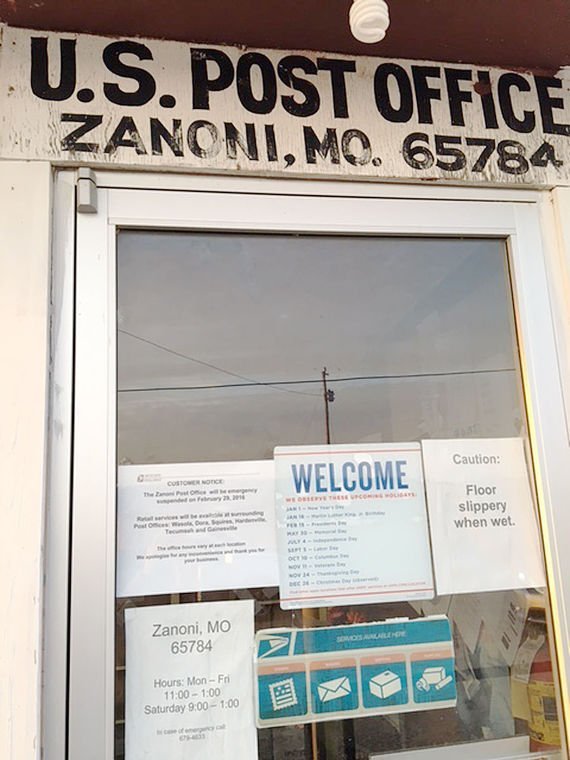 Yesterday a news report announced that the post office in nearby Zanoni would also be suspended.  The report doesn’t indicate why, but it too probably had to do with renewing the lease.  According to the USPS facilities report, the lease on the Zanoni post office is set to expire on February 29, 2016 — the day the office is closing.

There’s been a post office in Zanoni since 1898, and it’s apparently been in the same building since 1970.  Why an issue arose with the lease at this point is unclear.

The fact that two post offices in the Ozarks, just 12 miles apart, could both be suspended for lease issues is like lightening striking in the same place twice.  Perhaps it’s just a coincidence, or maybe the lease issues were manufactured by someone in management trying to score points, or maybe there’s another explanation.

It’s not as if the folks in the Ozarks will be completely surprised. The Zanoni and Rockbridge post offices were both on the list of 3,700 offices slated for closure back in 2011 under the Retail Access Optimization Initiative, and they both had their hours reduced to two a day under POStPlan.

Zanoni is a small place, with not much more than the post office and a watermill that doubles as a B&B, so it may not make a lot of sense to maintain a post office there anymore.  But before closing a post office permanently, the Postal Service is still legally required to go through the discontinuance process and give the community an opportunity to appeal to the PRC. 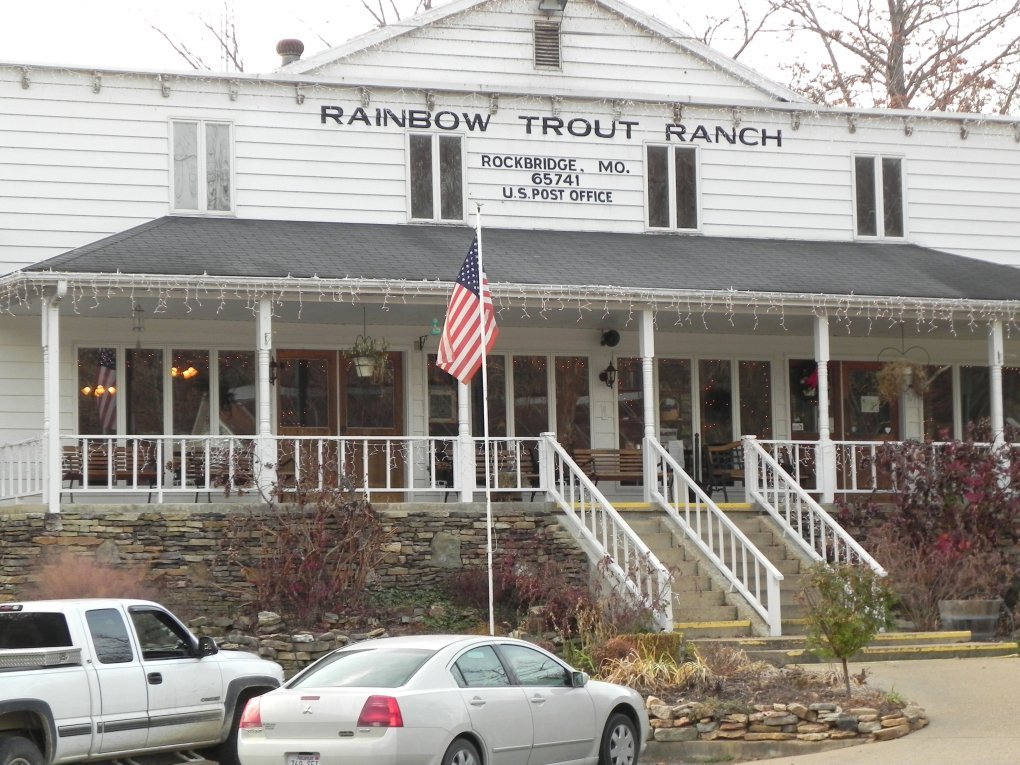 An emergency suspension is supposed to be temporary, but there’s little reason to think that the Zanoni post office will ever reopen.  It will probably remain in its suspended state for a long time, just like the post office in Rockbridge and about 600 other post offices that have been suspended in recent years. That’s how the Postal Service closes post offices these days.

For more on the suspension issues, see this previous post.