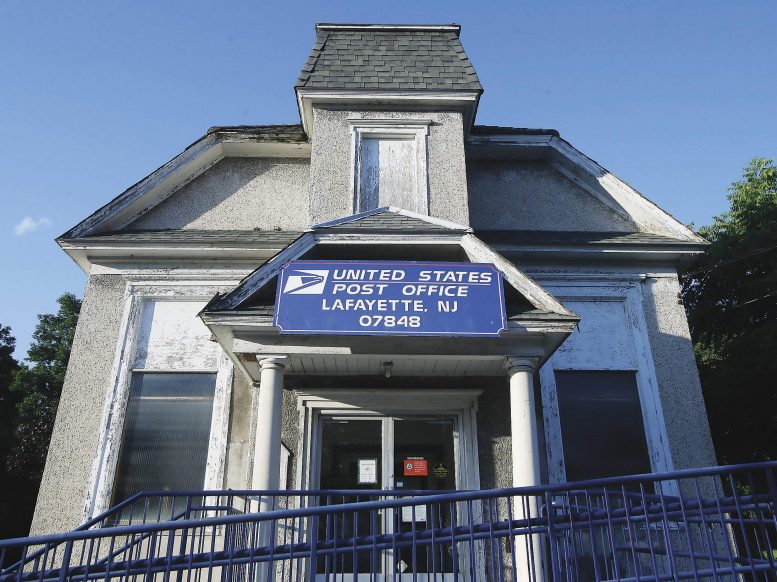 New Jersey Herald: Township residents with a post office box at the Lafayette, NJ, Post Office have just over a month to continue picking up their mail there before the building temporarily closes, with an uncertain future ahead for the post office.

The United States Postal Service announced in a press release Friday that operations at the building on Route 15 will be suspended at the close of business Friday, Aug. 16. The move is being made primarily due to “concerns for the aging condition” of the building, according to the release.

In an email to the New Jersey Herald, USPS spokesman George Flood said the Postal Service began leasing the building for the Lafayette Post Office in 1965. Read more.