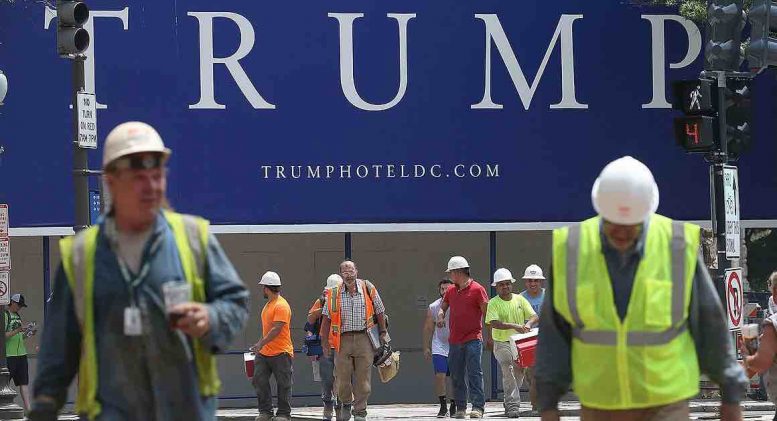 Politico: The Labor Department is investigating whether workers on Donald Trump’s renovation of Washington, D.C.’s Old Post Office are being paid less than federal law requires. The Labor Department confirmed to POLITICO that it’s looking into allegations of wage-rule violations by the Craftsmen Group, a Trump Organization subcontractor that restores windows. And workers on the site, including one Craftsmen Group employee, told POLITICO that they and others aren’t receiving pay rates mandated by law.

Two of them produced pay stubs to support their claims.Trump’s refurbishment of the Romanesque pile, built in 1899, into a luxury hotel is his highest-profile real estate project, if only because the historic structure is situated just a few blocks from the White House. Trump staged a campaign event at the construction site in March, blending presidential politics with commerce.

“When it’s completed,” he said, “it will be truly one of the great hotels of the world.”Since the allegations involve a subcontractor, neither the Trump Organization nor the general contractor is under investigation directly and may not be legally liable. But union activists say the complaints reflect badly on Trump.  Read more.