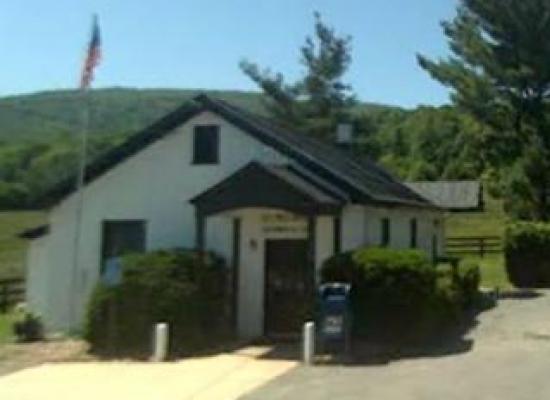 The Postal Service has already held over 5,400 community meetings for POStPlan, and it has scheduled another 860 for the rest of January and the first week of February.  Within a few weeks, some 6,340 post offices will see their hours reduced to six, four, even two hours a day.  That’s nearly half of the 13,000 post offices on the list.

The Postal Service began actual implementation of the reduced hours at over one thousand post offices on January 12.  It has scheduled implementation at another 2,250 offices during the rest of January and February: January 26 (944), February 9 (833), and February 23 (475).

The Postal Service has said on numerous occasions that it would implement POStPlan “gradually,” over a two-year period, and it will probably take that long to reduce hours at all 13,000 offices.  But the Postal Service is wasting no time on cutting the hours at the first half of the list.

A spreadsheet with all the meetings held or scheduled so far is here, a table here, and a map here; the lists come from the USPS website, here.  The implementation list is on the USPS website here; a spreadsheet is here; a table, here; and map, here.

Some 3,100 of the meetings have been held (or will be) at the local post office itself, typically in the lobby.  Since almost all POStPlan offices are small rural post offices, that’s usually meant an uncomfortably crowded space and standing room only, making it difficult to have a meaningful discussion.

Not that it’s really mattered.  The meetings don’t mean much anyway.  Their ostensible purpose is to get feedback from customers about the options on the table — close the office or keep it open at reduced hours — and about their preferences with respect to what hours the office will be open after they’re reduced.

But the options are meaningless.  Over 99.8 percent of time, the decision has been to keep the office open.  And while customers can use the survey to specify their preferences about the particular hours of operation, by the time the meeting is held (a few weeks after the survey), the Postal Service has already determined what the new hours will be.

The meeting thus becomes simply an opportunity for the Postal Service spokesperson to explain how much money the agency is losing (always due to the Internet) and to make people thankful their post office is just having its hours reduced instead of closing completely.

These 6,300 post offices are the first to have their hours reduced because they have a postmaster vacancy.  About 3,000 of them had a vacancy before POStPlan was even announced last year.  Another couple of thousand saw their postmaster retire when the Postal Service offered buyout incentives last summer.  The remainder developed a vacancy when the postmaster transferred to another office, usually to take a spot that opened when its postmaster retired.

Things have been especially tough for those postmasters who decided to transfer.  They’ve had to sever ties with their communities, say good-bye to customers they've known for many years, and try to explain to them why this is happening.  Many will also need to relocate their families or else face a ridiculously long commute.  This is their reward for their dedication to the Postal Service.

There will be more postmaster vacancies developing as more POStPlan postmasters leave to take new, hopefully more secure positions.  At this point it appears that about 7,000, perhaps as many as 8,000, of the 13,000 POStPlan post offices will see their hours reduced before the winter ends.

That leaves about 5,000 or 6,000 POStPlan offices where the postmaster is staying put.  They can remain in their jobs until September 2014, at which time they will be released from the Service, and their post offices will finally have their hours reduced.

All of this could change, however.  A few days ago, the USPS Board of Governors directed the Postmaster General to accelerate steps to cut costs and to revisit the five-year plan, presumably to add even more cuts.  Perhaps they’ll find a way to speed up implementation of POStPlan, or maybe they’ll change the criteria and reduce hours even more.  Or maybe they’ll abandon POStPlan and resume last year’s push to close post offices.

PRC Chairman Ruth Goldway has already expressed concern about the directive.  If the Postal Service moves too quickly, says Goldway, "there may be people who are without Post Office access at all."  That could mean that “the quality of service and the Postal Service's obligation to universal service will be damaged in some way.”

Many customers feel that this has already happened.  The news is filled with reports about POStPlan meetings where the public has expressed its anger and frustration toward the reduced hours and the likelihood that the reduction will eventually lead to closure.

In Greenwood, Virginia, for example, the POStPlan meeting was held a few days ago, and the community packed a local church to contest the plan.  Scott Peyton, Greenwood Citizens Council chairman, spoke for many people across the country when he told the Postal Service representative, “Our strong encouragement is to leave us alone.  Our post office operates efficiently, is part of our community, and makes a profit.”

Peyton complained that the Postal Service wrote the survey for a pre-determined outcome, and he expressed concern that the reduced hours were only the beginning.  “I think it’s a killing-you-softly domino effect,” Peyton said. “They say that they aren’t going to close you, then they take measures that will affect you financially, and then they say that they are going to come back a few years later and review you.”

“How in the world can our revenue increase if they’re reducing the hours that our window can perform retail sales?” Peyton asked.  “USPS has told us that they don’t have the luxury of looking down the road,” he added. “They’re cutting off their nose to spite their face.”

County Supervisor Ann H. Mallek also had a few words to share with the Postal Service representative.  “You’re making changes universally because it might be more convenient for you and might deliver a short-term success rate, but there’s long-term degradation of services,” said Mallek.  “We are trying to help people succeed and improve their economic prosperity, and we’re being sabotaged by this effort that you all are making to save your own skin….  You’re throwing under the bus this very profitable rural post office.”