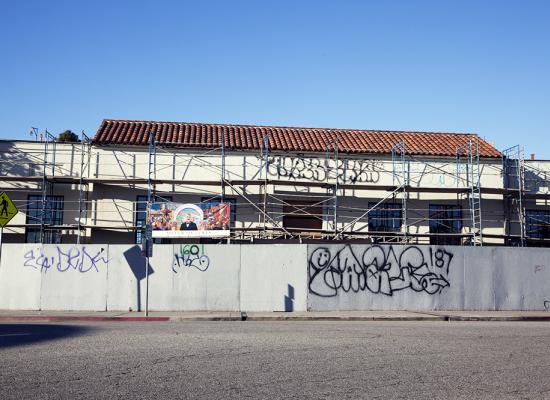 Nearly two and a half years after an elaborate rollout, Joel Silver's repurposing of the historic Venice post office as his film production headquarters has stalled. The project has been beset by multiple design changes, unpaid bills and taxes that are past due,  interviews and public filings show. The future headquarters of Silver Pictures— covered in scaffolding and scarred by graffiti — appears nowhere near ready for its grand debut.  Read more.