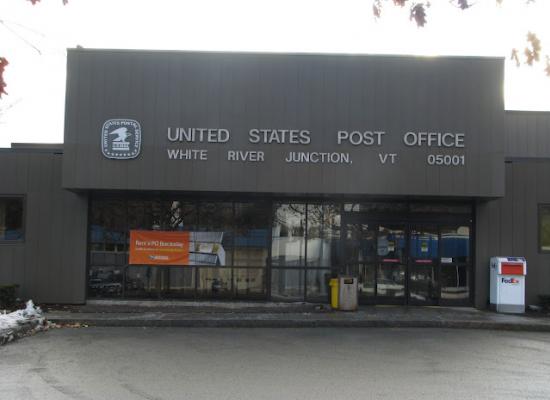 The Postal Service has announced its decisions on the mail processing plants it's been studying for consolidation.  The APWU has the list of which plants are closing and which will remain open here.

The list shows 264 plants that were being studied.  The Postal Service determined that 223 could be consolidated, entirely or in part (a few workers might remain).  Some 35 were disapproved for consolidation and will remain open; another six are still under study.

The Postal Service says 40 of the facilities slated for closure did not even go through an AMP study process because they were annexes or mail processing operations within "customer service facilties," which can be closed without a study.  While no public meeting is required for these plants, the Postal Service is inviting customers to provide feedback.  There's more information on the USPS FAQ page.

(If you have more information, like when you've heard a plant might close or the reasons for the decision, please hit the contact link at the top and send a note.)

The closings could begin as soon as May 19, a few days after the moratorium ends on May 15.  It’s going to be a very stressful week, to say the least, and the Washington Post tells us that the Postal Service is increasing security at the plants.  (It's good to know that the consolidation plan is already generating extra work for some sectors of the workforce.)

There are about 150,000 workers in the network of processing plants, and over half of them may be affected by the closings.  As many as 35,000 positions will eventually be eliminated by the consolidation plan, mostly through “attrition” — workers quitting or retiring because they can’t move the family or don’t want to make a long commute (like 50 miles — or more).  The USPS FAQ sheet says about 30,000 will be career employees, and the other 5,000 will be non-career posittions.

The Postal Service isn’t waiting to hear what the Postal Regulatory Commission (PRC) has to say about the Network Rationalization plan.  The PRC’s Advisory Opinion is due out in late summer, probably August or September, but the Postal Service plans to get started on the consolidations as early as May.

It’s disconcerting that the Postal Service is in such a rush to begin closing the plants, especially considering that it has only itself to blame for when the Advisory Opinion will be ready.  The Postal Service could have submitted the Request for an Opinion four months earlier.

In August, the Postal Service was already briefing “outside parties” (like industry stakeholders) about the plan, and as of late September, it intended to submit the Request in October.  But for some unknown reason, the Request was not submitted until December 5.  Perhaps one day we will learn the cause for that delay.

When the PRC announced its Procedural Schedule indicating that the Opinion wouldn’t be done until around August, the Postal Service filed a request to accelerate the schedule.  The PRC turned down that motion because moving too quickly would endanger due process.

It’s not clear why the Postal Service is now in such a hurry and why it wants to close so many plants in such a short time.  It’s a sure formula for chaos in the mail system, and delays in delivering the mail will be inevitable, probably much worse than the change in service standards for First-Class mail that's already part of the plan.

Perhaps the Postal Service wants to increase pressure on Congress to pass legislation, perhaps management really believes its own hype about how dire the situation is, or perhaps they just want to amp up the sense of emergency to help further their agenda.

Whatever the reason, the Postal Service is basically thumbing its nose at the PRC and saying it doesn’t really care what the Advisory Opinion says.  Many of the plants will be closed before the Opinion even comes out.