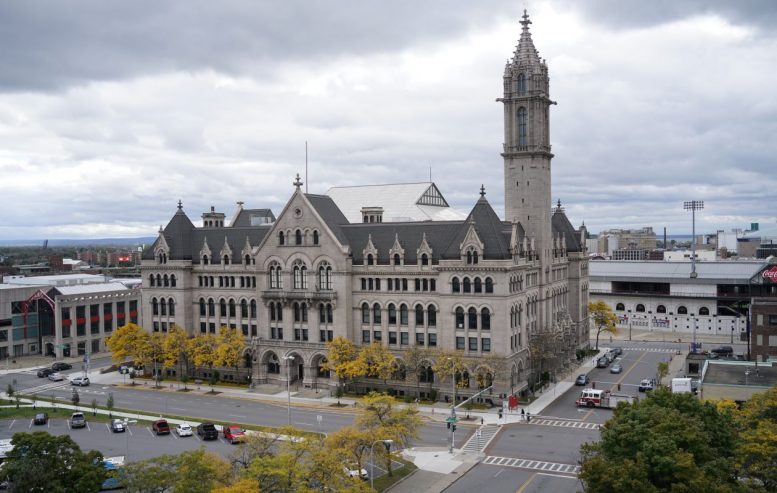 Buffalo News: Dozens of young people, lost in schoolwork or quiet conversation, barely looked up from their tables a few weeks ago as a knot of men and women wandered past, faces to the sunlight in the Erie Community College atrium.

If the students did react, the guy they recognized was Dan Hocoy, ECC’s president. Few noticed a white-haired woman who moved casually amid the crowd hurrying to class, pausing to admire views of ECC’s courtyard and its great open space.

In no small way, those students were there because of her. Even many of their teachers were not yet born when Joan Bozer helped lead an uphill campaign to save the building, an effort seen as a pivot in the way greater Buffalo envisions both its downtown, and its future.

Without question, she is the central living witness. It will be 40 years next week since the Legislature took a final vote on transforming the old U.S. Post Office into a new city campus for ECC. The decision ended years of worry that a  landmark of magnificent significance might end up leveled, like so many others in Buffalo.  Read more.