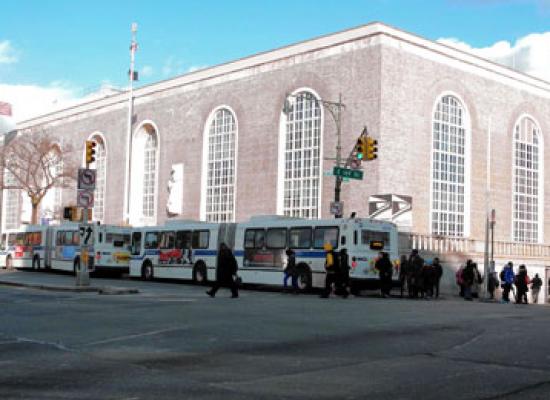 Bronx Times reporter David Cruz has been following the story on the sale of the Bronx GPO since the beginning, and he has a new story today about the efforts to stop the sale.

"The sale of the iconic Bronx General Post Office may not be as easy as the U.S. Postal Service thought," writes Cruz.

"Residents, labor groups and even Congressman Jose Serrano have stepped up to halt, or at least slow down, efforts to put the landmarked building on the market.

"The enormous property on the Grand Concourse and 149th Street is home to 13 priceless murals by Depression-era artist Ben Shahn, works that capture the spirit of the time, though are unprotected by landmark status.