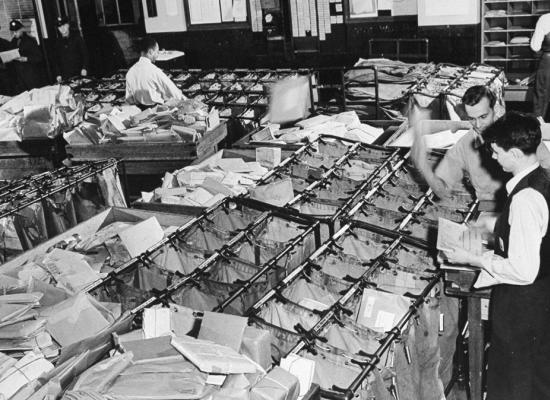 Wherever government extends its tentacles, innovation follows. To some contemporary technologists, that might sound like a joke without a punch line. But it’s a reasonable description of 19th century America, according to a new working paper by Daron Acemoglu of MIT, James Robinson of the University of Chicago, and Jacob Moscona of Harvard.

The 1800s set the stage for America’s technological dominance and, as the researchers document, in that era invention and government expansion went hand in hand.  The paper presents a novel dataset for measuring government expansion. “The 19th-century U.S. state quickly started forming a huge web connecting the country,” the authors write. “At the center of this web was the post office, created by the Post Office Act of 1792, which soon became the single most important government employer in the first half of the 19th century… The New York Times in 1852 described it as the mighty arm of civil government.”  Read more.