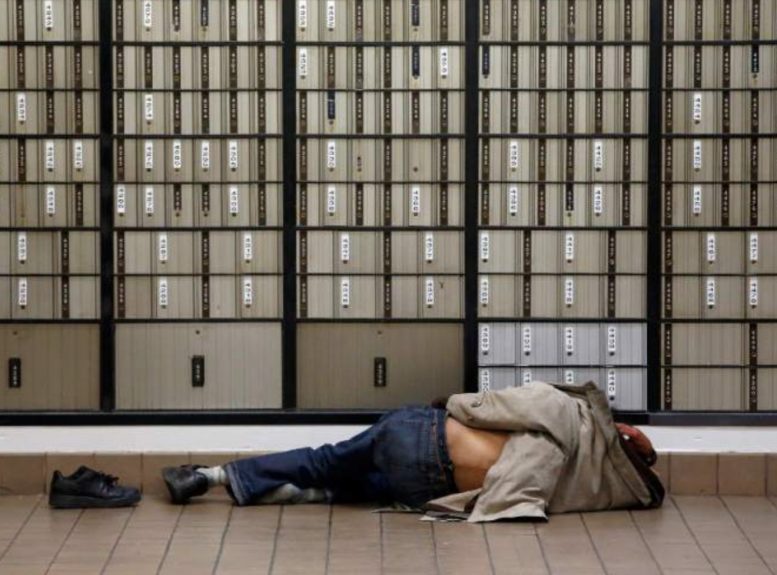 Press Democrat: The lobby of Santa Rosa’s post office will no longer be open 24 hours a day for mail retrieval because of safety and security concerns, because the homeless have taken to sleeping there overnight.

People bedding down have created unsanitary conditions and trash, and packages have been stolen from postal boxes, according to postal officials.

Complaints from customers too frightened to get their mail, reports of aggressive panhandling in the lobby and homeless people refusing to vacate the premises prompted the change in hours at the main Santa Rosa office on Second Street, Coddingtown station, Montgomery Village and Roseland.

“While we sympathize with homeless people, we can’t have them use our lobbies as a hotel,” said U.S. Postal Service spokesman Augustine Ruiz, of the San Jose office.

For night owls, people who work odd hours, or those seeking to avoid a crowd, the 24-hour access to postal boxes is convenient, as is a self-service kiosk for buying stamps and taking care of shipping needs.

But the buildings also have become a de facto shelter of sorts for the homeless, especially as the weather began to turn cold and wet in November. Read more.