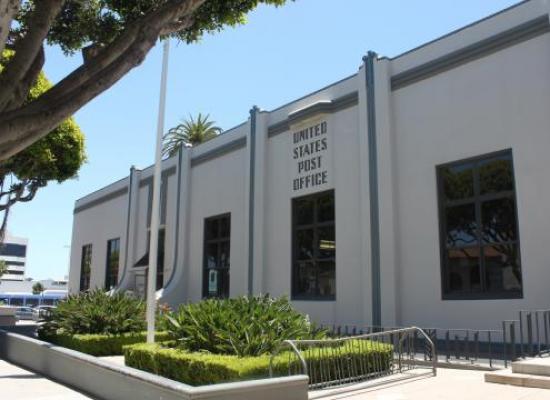 surfsantamonica.com: Santa Monica’s U.S. Post Office on 5th Street, a legacy of the New Deal-era that was closed three years ago, might re-open as a “creative” office space under a proposal that adds a new building while also trying to preserve the site’s historic character.  It will be short on parking, though.  A new 14,490 square foot, three-story building (32 feet in height) would be added at the rear of the former post office along 4th Court. Both the old and new structures would be used for office space, according to a proposal by private developers that goes to the City Planning Commission Wednesday.  The post office itself, with its distinctive Art Deco architecture, is to be preserved and rehabilitated, a staff report said.  Read more.