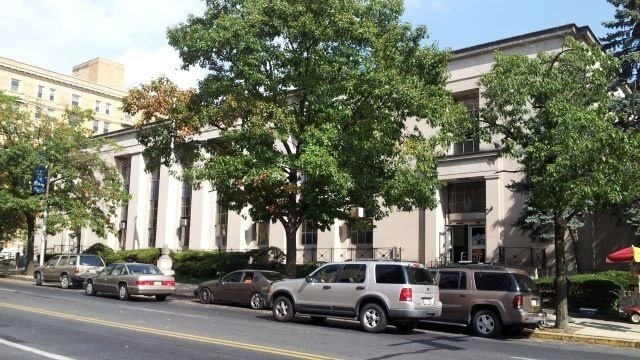 Reading Eagle: The downtown Reading, PA post office might come under new ownership.  The building, on the east side of Fifth Street from Court to Washington streets, is at the center of negotiations between a prospective owner and the national mail carrier.

“USPS is negotiating with a buyer to allow retail operations to downsize and remain in the current location,” Karen Mazurkiewicz, a spokeswoman for the U.S. Postal Service, said. “USPS would lease back a smaller footprint.”  She had no further details.

The Postal Service had proposed closing the post office in 2013 as a means to cut costs. At the time, the agency was in a fiscal crisis, but that has passed.

The building was constructed as a post office in the late 1930s and dedicated early in 1940, according to newspaper records. It also housed the U.S. Weather Bureau office from 1940 to 1969.  Read more.