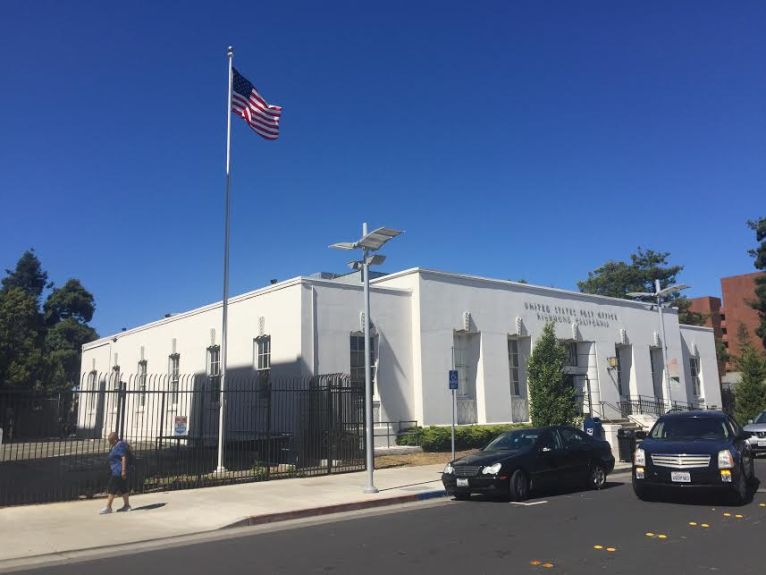 East Bay Times: The downtown post office in Richmond, Calif., will close, the U.S. Postal Service has decided, despite the fervent objections of the mayor, the local county supervisor and U.S. congressman, much of the business community, civic organizations, and many neighborhood residents.

The news came in a letter, stamped Aug. 10 and addressed to Mayor Tom Butt, posted on the glass front entrance door of the historic post office building, at 1025 Nevin Ave. near Harbour Way. Postal retail services will be relocated to the McVittie Annex, at 2100 Chanslor Ave., a measure that will bring not only “operational savings” but also provide additional parking for customers, the letter said.

A letter posted on the front entrance of the downtown Richmond post office informs postal customers of the facility’s planned closure. (Tom Lochner)

The decision follows a May 31 community meeting with postal officials at City Hall, and a June 15 town hall meeting at the Nevin Community Center at which community members warned, apparently to no avail, that closing the downtown post office would deliver a blow to the city’s neediest people as well as to a surrounding business district on the brink of a boom.

“Considering all of the factors concerning the relocation, including those presented by the community during the comment period, the Postal Service has been determined that it is in its best interest to proceed with the relocation,” the letter, signed by Tom Samra, an official at the
postal service’s Washington, D.C. headquarters, reads in part.  Read more.