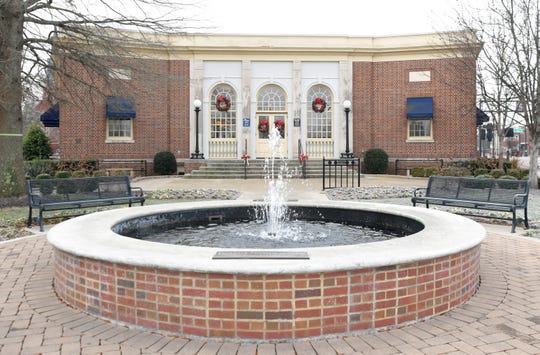 The operation for the mail is privately owned but has been conducting business to government standards, postal workers said. The Heritage Foundation of Williamson County helped save the building that houses the historic post office during the last decade. First Bank uses the other portion of the building for its business.

Residents have used the post office location since it was built in 1925. Read more.

Additional notes: The Five Points post office is a contract postal unit, so the Postal Service won’t be going through a regular discontinuance process, with a community meeting and public comment period, and the customers won’t be able to appeal the closing.  There are no regulations governing the closing of a CPU.

The Five Points post office was one of twenty buildings highlighted by the National Trust for Historic Preservation on its story map website tool, “Sold: America’s Historic Post Offices.”

According to the National Trust story map,  “he Franklin, Tennessee Five Points Post Office was recognized by the National Trust for Historic Preservation in 1991 as one of America’s 11 Most Endangered Places after USPS announced its intention to sell the building. The prospect of closure was of particular concern in a City named for the American’s first postmaster.”

“The building was saved when, as a result of citizen advocacy, the County of Williamson agreed to purchase the building. The USPS made a commitment to retain postal services via lease with the new owner…. On July 17, 1992 the County paid $225,000 and the USPS moved major operations to the Royal Oaks facility. In 2008 the County sold the building to the City of Franklin in a land swap. It is now leased to First Bank with a requirement that the must lease back some space for postal services.”

(Presumably, it was in 1992 that a USPS-operated post office was turned into a contract postal unit, but we haven’t been able to confirm that.)