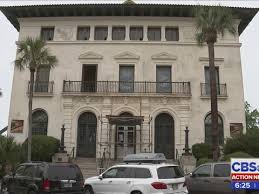 WJAX-TV: The historic building where the Fernandina Beach Post Office currently resides is now under restoration and construction.  Fernandina Beach commissioners said there’s been a push to get the building fixed for about six years.“It’s potentially a great building it’s just been uncared for for years and was probably a lot better 15 years ago,” said neighbor Steven Traver.  Action News Jax went into the Amelia Island Museum of History and were able to find pictures from when the building was under construction in the early 1900s.  Neighbors are excited a building that’s more than 100 years old will be restored to its former glory.  “It’s such a pleasure to get this one back,” said Traver.  They’ll be replacing windows, taking off lead paint and repainting, repairing leaks in the roof, and adding a new HVAC system.USPS said the construction contract is for nearly $1.2 million.  They said the project should be complete by November 2017.  Read more.