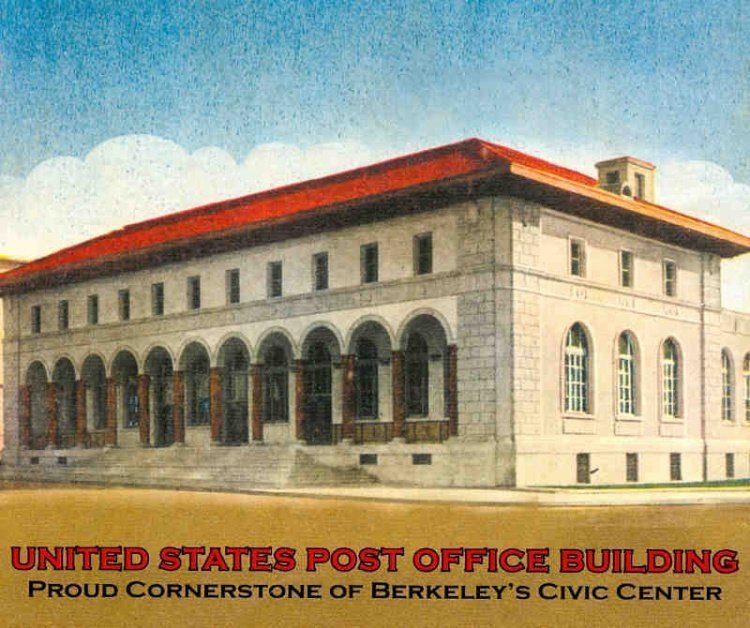 Save the Berkeley Post Office Newsletter: The City of Berkeley and the United States Department of Justice (DOJ), acting on behalf of the U.S. Postal Service, will be in Federal Court on Thursday January 11, 2018. This hearing is the result of a suit filed by the DOJ against Berkeley on August 22, 2016. The DOJ suit alleges that Berkeley’s Civic Center Historic District Zoning Overlay is not permitted under the United States Constitution.

Some background: In 1998 the City of Berkeley designated our Civic Center as an historic district and the same year Berkeley’s Civic Center Historic District was entered on the National Register of Historic Places.

In September of 2014, responding to community demand, including numerous public hearings and a ballot initiative, the Berkeley City Council passed the Civic Center Historic District Zoning Overlay. The Overlay protects and preserves our Civic Center from commercial activities that are different in character than its current and historic civic, institutional and community-serving uses.

The federal lawsuit asserts that the Zoning Overlay is an unconstitutional attempt by a local government to interfere with a function of the federal government.  In this case that function is the Postal Service plan to sell our historic Berkeley Main Post Office. Possibly, the Postal Service argues, it could get more money for the building if a new owner could develop the property for whatever uses would fetch the highest return.  Read more.