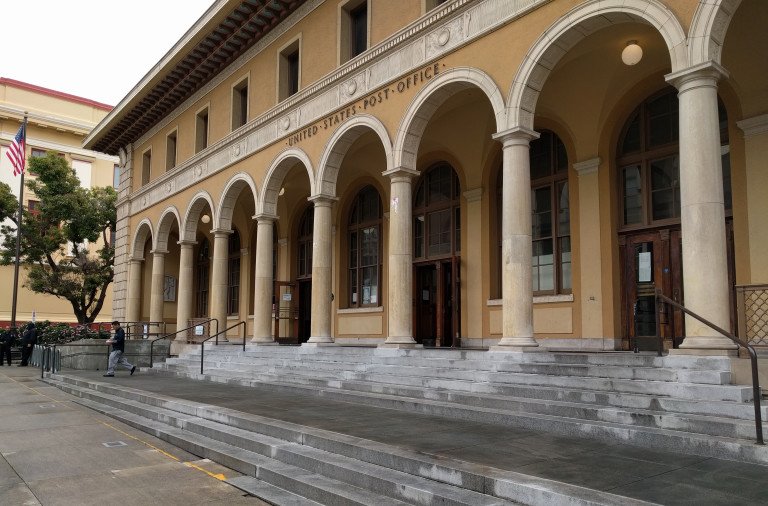 Berkeleyside: Berkeley’s attempt to limit commercial development of the Main Post Office conflicts with federal law and should be overturned, a lawsuit filed in federal court Monday by the U.S. Postal Service declares. When Berkeley passed the Civic Center Overlay in September 2014, limiting the post office and eight other buildings to civic uses such as museums, libraries and performance halls, it violated the supremacy clause of the United States Constitution, said the lawsuit.

The lawsuit is only the latest twist in the long-running saga between USPS and the city of Berkeley. The postal service put the landmarked historic post office at 2000 Allston Way up for sale in 2012. It contended that the building was underutilized as the postal service only used 4,000 square feet of the 57,000-square foot building. Federal officials proposed shuttering the large building and consolidating operations in a smaller rented space in downtown Berkeley.  Read more.