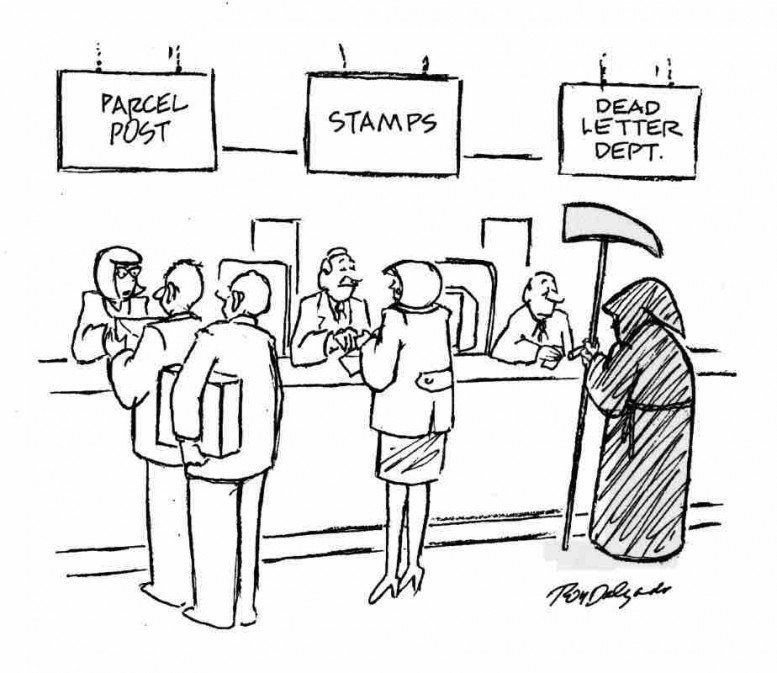 Today is the birthday of Benjamin Franklin, the Nation’s first Postmaster General, but U.S. District Judge James E. Boasberg has given the Postal Service little reason to celebrate.

On Thursday, Judge Boasberg denied the Postal Service’s Motion for Reconsideration, which asked him to revise the Opinion he issued back in September in the case of USPS v. Southern California Edison (SCE), the utility company.

As discussed in this previous post, the case involves millions of pieces of mail sent by SCE in 2007 and 2008 at discounted rates as part of a workshare deal.  Some of this mail was undeliverable-as-addressed (UAA) — a.k.a “dead letters” — and the Postal Service wanted to charge SCE a fine.

According to the Postal Service, SCE owed $7.6 million — the entire difference between the workshare discount rate and the regular rate.  SCE was willing to pay an assessment but only for the mail that was actually UAA — the volume of which was not exactly clear, since the Postal Service could not provide specific numbers. 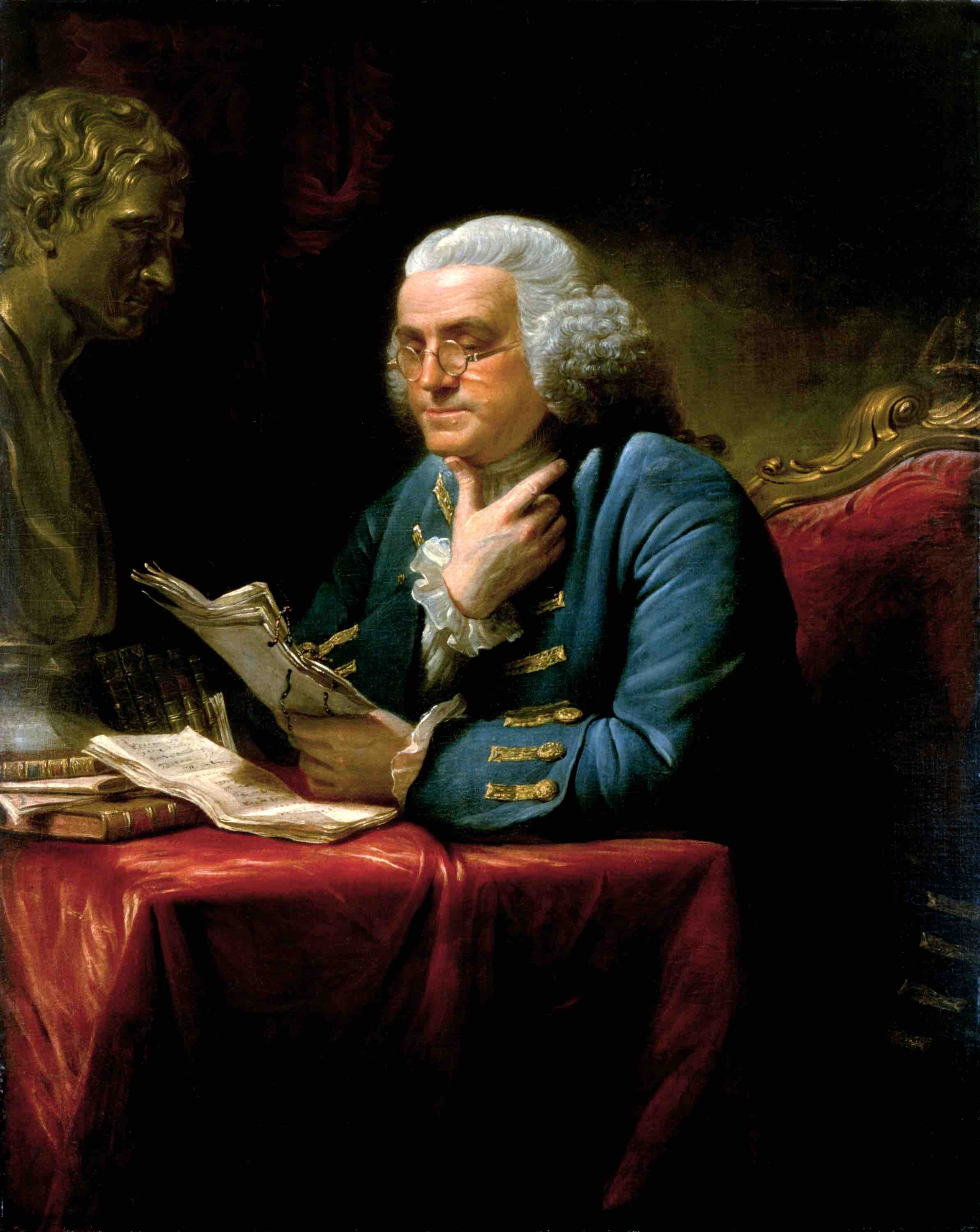 Back in September, Judge Boasberg issued an Opinion in which he rejected the Postal Service’s rationale for the huge assessment.  Since a relatively small portion of the mail had UAA problems, he returned the issue to the Postal Service with a directive to come up with a more “reasoned decisionmaking in calculating the appropriate assessment.”

In his Opinion, Judge Boasberg expressed disdain for the irrationality of the Postal Service’s position, using words like “absurd” and “Kafkaesque,” and he had some fun as well, quoting the lyrics from the Elvis hit “Return to Sender.”

After getting this rebuff from the Court, the Postal Service filed a Motion for Reconsideration asking the Judge to change his earlier Opinion.

When mail recipients decline to accept letters delivered by the United States Postal Service, they can write “return to sender” on the envelope so that USPS will offer the sender an opportunity to revise the destination address. In similar fashion, Defendant USPS here attempts to return this Court’s Opinion for revision, seeking a more favorable delivery.

As before, the Postal Service argued that the Court did not have jurisdiction because rate issues like this should first be brought to the Postal Regulatory Commission and only then could they be appealed to the courts.  The Judge observed that he had already dealt with this issue in his earlier Opinion, but he went through all the related cases, one by one, to explain why the Court certainly did have jurisdiction.

As Judge Boasberg observed, the Postal Service could not cite even one case — nor could he himself find one — “in which a revenue-deficiency-assessment challenge proceeded first to the PRC — as USPS alleges it must.” 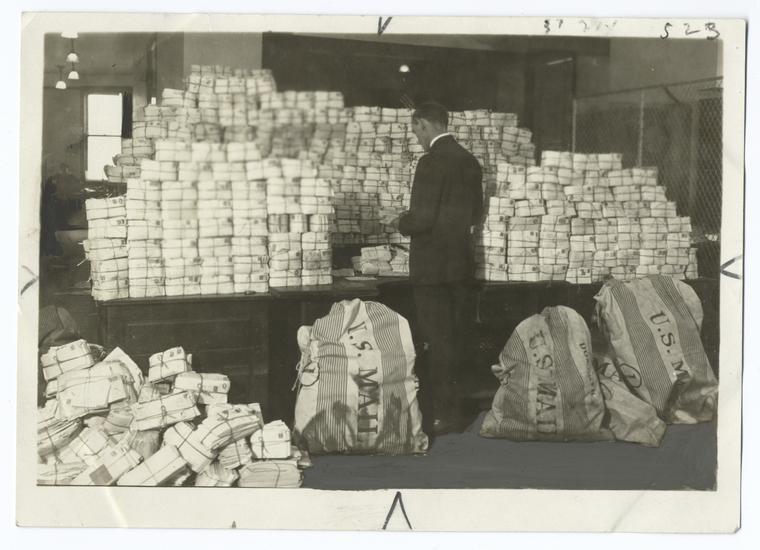 The Postal Service had also argued that remanding the issue to the Pricing & Classification Service Center (PCSC) — the Postal Service’s appeals body for such an assessment — would in effect give the PCSC authority for setting a new rate, which it doesn’t have the authority to do (it can only approve a new rate).

To this, Judge Boasberg writes, “Although the Court has already responded to these arguments in its Memorandum Opinion, it will briefly explain further why USPS problematically elides the distinction between the determination of a revenue-deficiency assessment and the setting of a postal rate.”

(In other words, you didn’t understand me the first time, so let me explain again.)

The fact is, explains the Judge, “both USPS and the PCSC have a well-established history of doing just what USPS claims cannot be done – namely, exercising discretion in the assessment of revenue deficiencies.”  As a result, says the Judge, “USPS’s argument that issuing a revenue-deficiency assessment is an act of rate-setting carries no water.”

Judge Boasberg goes on to address the Postal Service’s claim that a “mailer-specific” assessment would “effect a manifest injustice.”

The Judge points to the Postal Service’s Management Instruction, which “specifically grants the Manager of the PCSC the ability to waive a revenue-deficiency assessment altogether.”  Thus, explains the Judge, “the Management Instruction envisions the precise ‘manifest injustice’ USPS so strongly condemns, and it expressly allows what USPS here claims is prohibited.”

Finally, Judge Boasberg notes that in 2014 the Postal Service had proposed a change in its regulations concerning UAA mail.  The proposed rule sought to “remedy the problem of mailpieces returned UAA due to outdated addresses by assessing fees against noncompliant mailers only for that portion of mail that is returned as UAA, not for all mailpieces sent at the discounted rate.”  Plus, the new regulation adds an assessment only to UAA mail that exceeds a certain threshold.

While this change in USPS policy was not germane to the legal issues in the SCE case, it shows that the Postal Service, going forward, seeks relatively modest fines for UAA mail, nothing on the order that it was seeking against SCE.

The Judge concludes by offering some specific suggestions for “a reasonable starting point for a proper assessment.”  He points to some costs per piece that, if one runs the numbers, lead not to $7.6 million but to a more reasonable estimate along the lines of what SCE itself has calculated — somewhere between $42,313 and $774,960.

The ultimate assessment is likely to be at the low end of this range.  As explained in a 2014 OIG report about UAA mail, the Postal Service has a policy established in 2010 — after the episode with SCE — that says if a mailer fails to meet a 70 percent address accuracy threshold as part of Move Update, the Postal Service assesses the mailer a 7-cent-per-piece surcharge on the portion of the mail that exceeds the 30 percent tolerance.  (That surcharge amount was established in 2008 based on the difference between the workshare discounted rates and single-piece FCM rates.)

Using this 7-cents-per-piece rate for all of SCE’s UAA mail (not just the amount beyond the tolerance threshold), the assessment would come to only $82,530 — about one percent of what the Postal Service had asked for.  It would be even less if one counted only the mail above the threshold.

Now that the Court has denied the Postal Service’s Motion for Reconsideration, it looks as though the amount of the fine will be determined by the USPS Pricing & Classification Service Center. If SCE thinks it’s too large and returns to court, the patience of Judge Boasberg may be tested again.