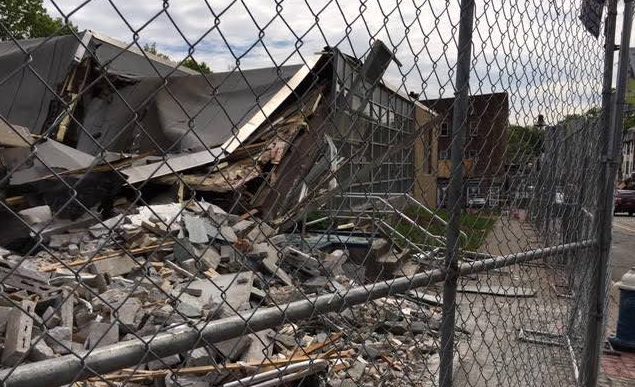 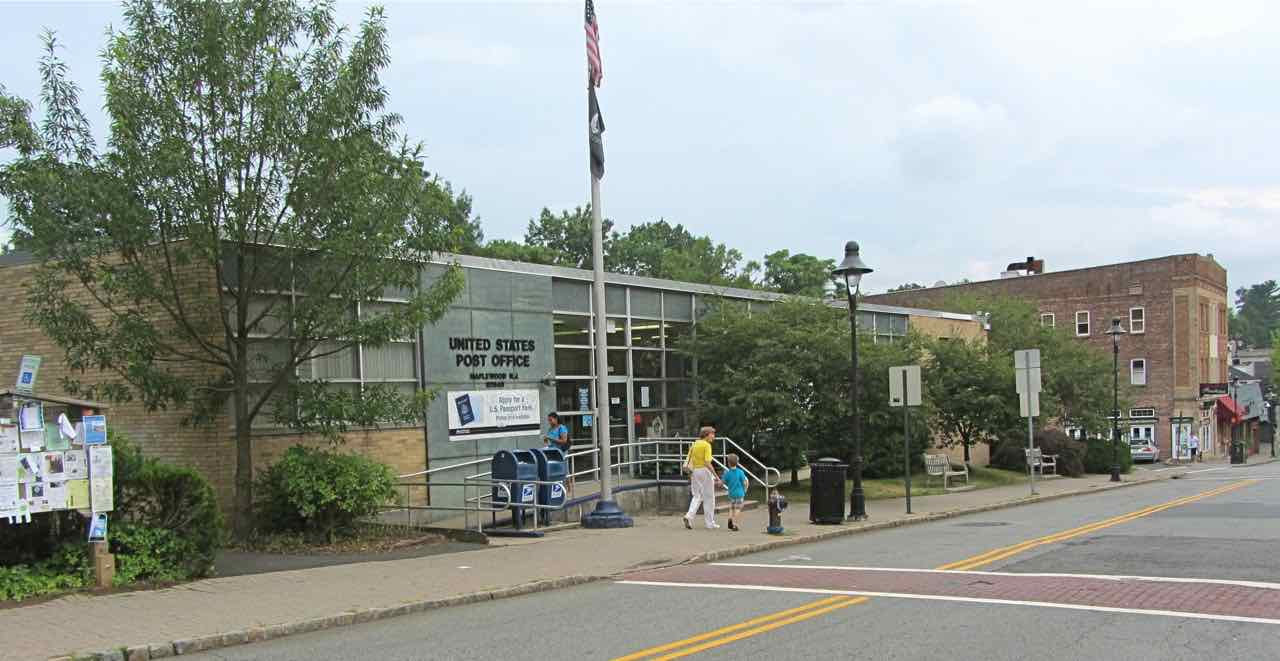 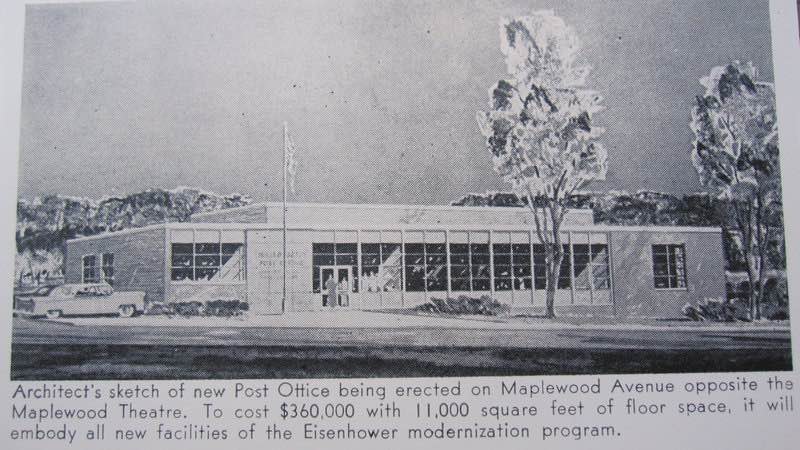 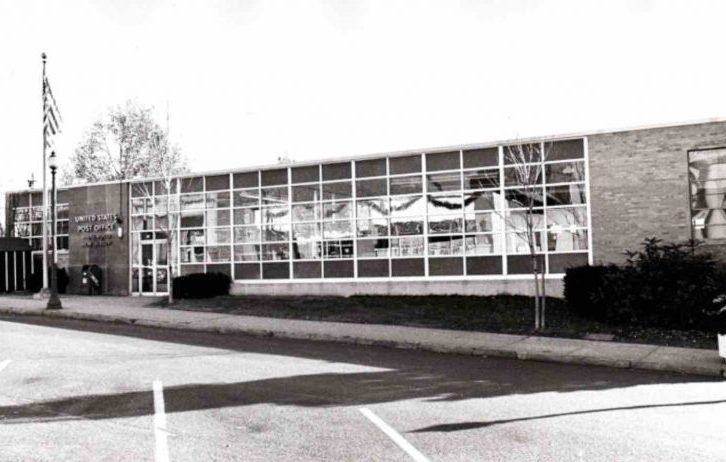 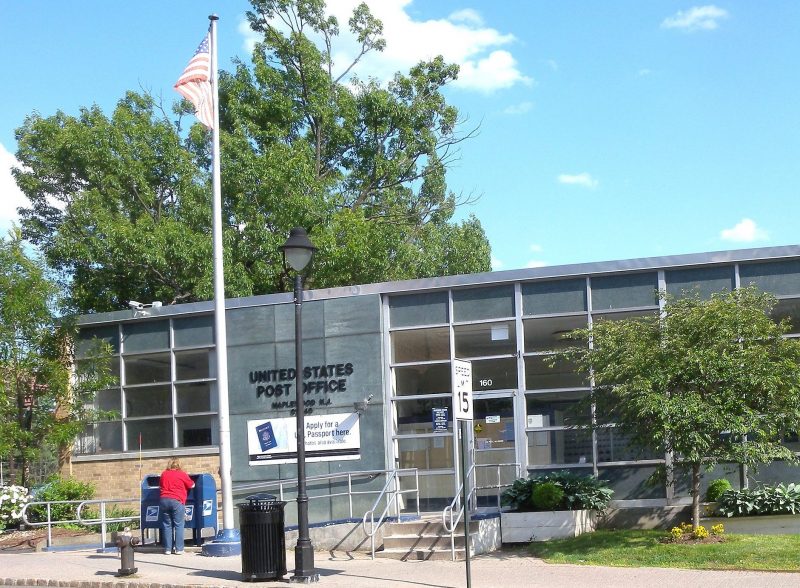 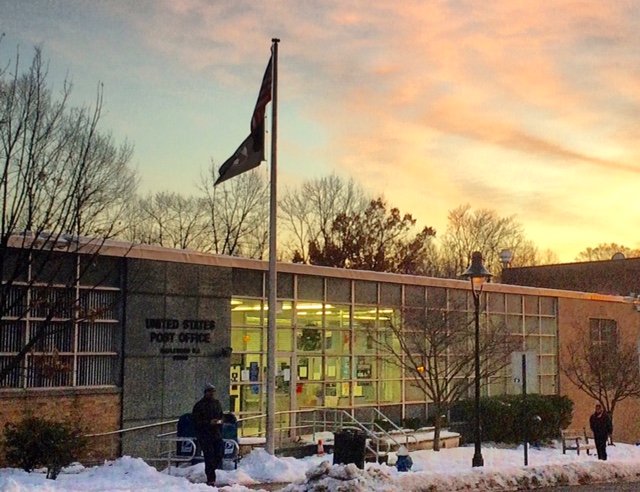 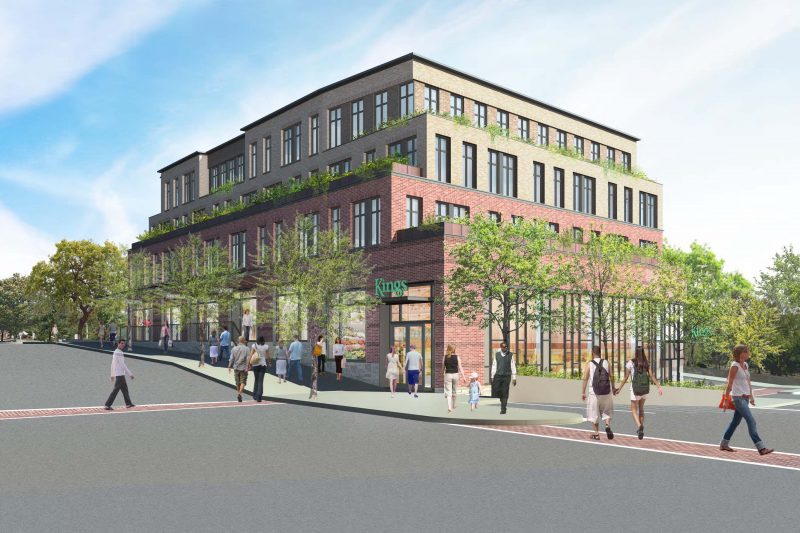 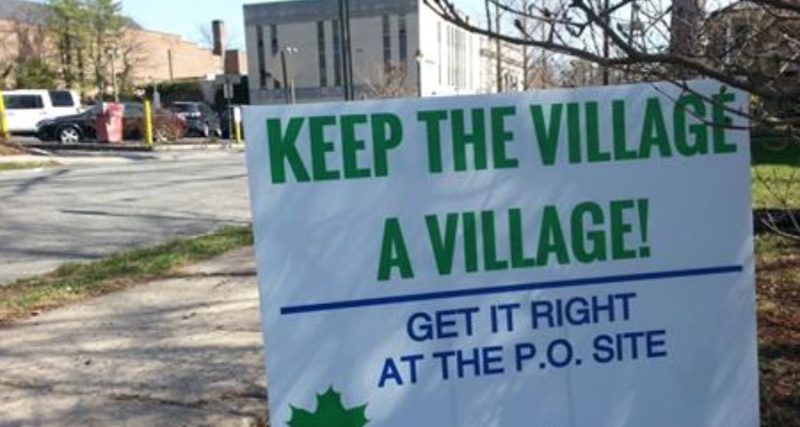 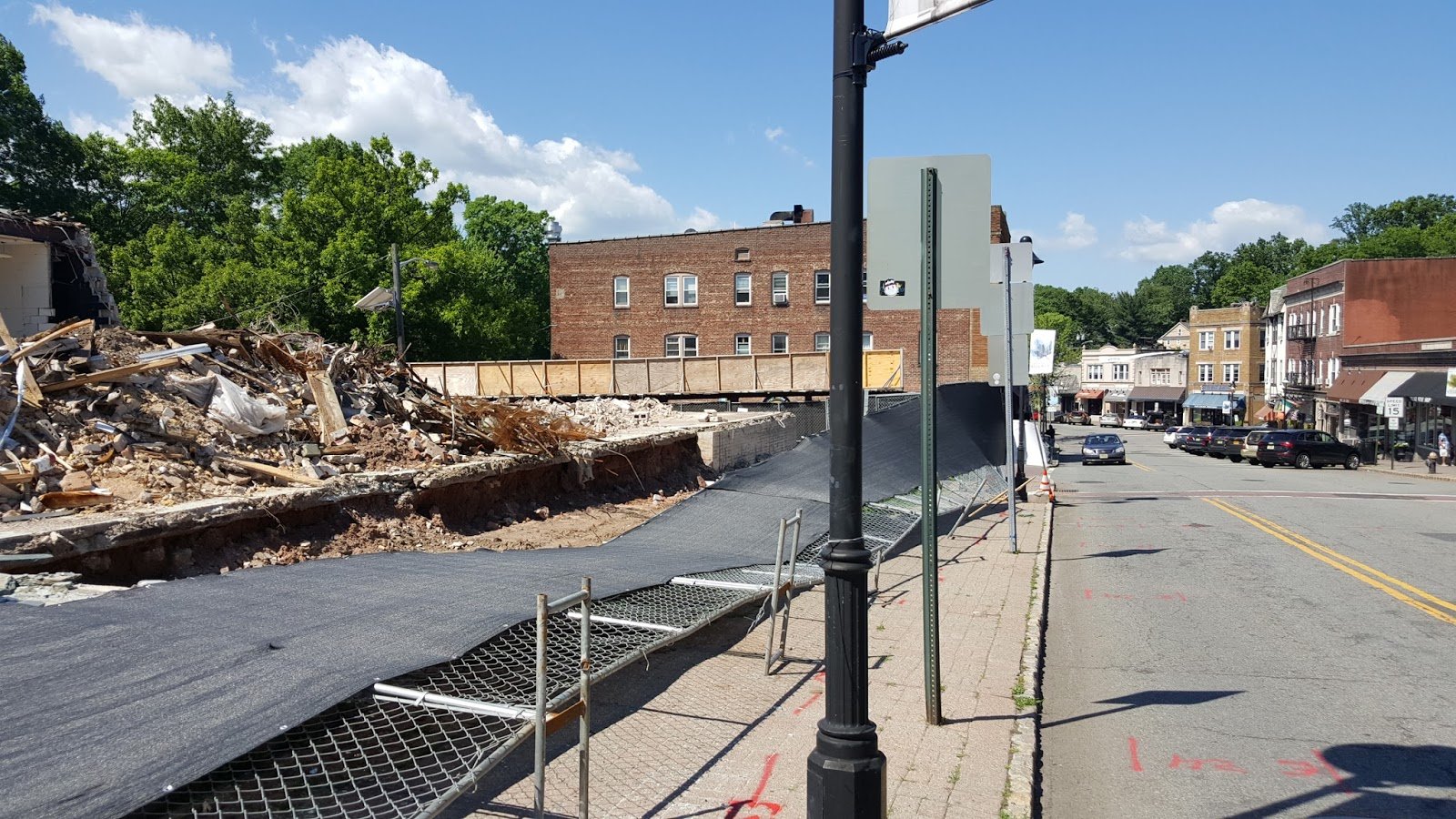 The demolition of the historic post office located on 160 Maplewood Avenue in Maplewood, New Jersey, will continue this week. The fate of the building was the source of considerable controversy, and the demolition was opposed by many Maplewood residents who wanted to preserve the historic structure and who opposed the scale of the new building planned for the site.

Despite the protests of citizens at several town meetings, a petition, a Facebook page (and another), a website, a lawsuit, and other efforts, the Maplewood Township Committee voted to proceed with its plans to sell the site to private developers.  In its place will be new multi-story mixed use development with twenty apartments and five retail spaces.

The demolition began in May, but it was temporarily halted in early June after asbestos was found in the glue underneath the building’s floor tiles. There was also an incident in which a flagpole crashed to the sidewalk and street as the building was being torn down. No one was injured. (See the video in the slideshow.)

The Maplewood post office was designed for the General Services Administration by Albert O. Pollitt (1892–1958), a Maplewood architect.  It was an excellent example of Mid-Century Modern, which has become very fashionable these days, and because it was over 50 years old, it would have been eligible for the National Register of Historic Places.

The property was owned by the Village of Maplewood, which sold the site to private developers for $1.25 million.  Not that the Village came away with anything like that amount. The Village granted the developer $200,000 for the cost of demolition plus a five-year tax abatement.

The cleanup of the demolition debris resumes on June 20.