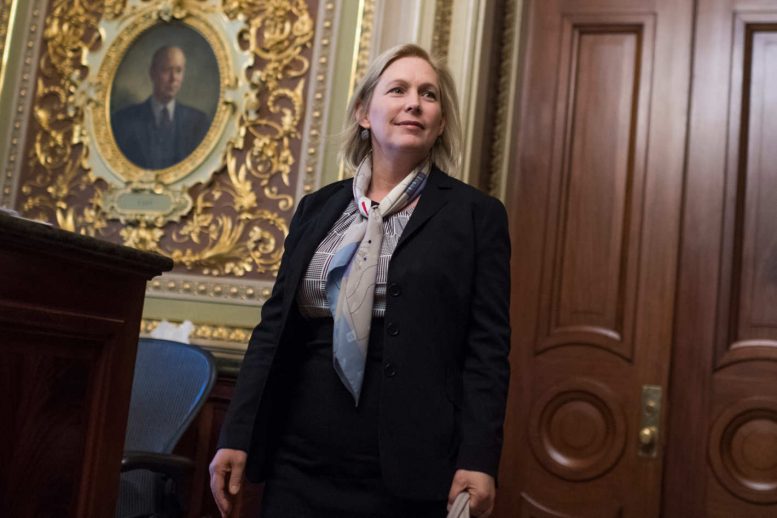 New York Magazine: Generally speaking, advancing economic justice is neither cheap nor easy. The Democratic Party has assembled a long list of worthwhile economic reforms — almost all of which, for all their considerable virtues, pose either a significant budgetary cost, or policy-design challenge, or political risk (universal child-care costs money; the federal job guarantee is complicated and untested; and Medicare-for-all is disruptive … and complicated, and costs money).

But Kirsten Gillibrand’s new plan to establish a public option for banking is an exception to the rule: By requiring the post office to provide basic financial services, Gillibrand’s bill would significantly mitigate the economic exploitation of America’s most vulnerable people, punish predatory lenders — and increase federal revenue — all without requiring policy wonks to navigate uncharted territory, or even break a sweat.

The stagnation of working-class wages in the U.S. combined with the rising cost of housing, and declining value of welfare benefits have left millions of American families dependent on short-term loans to make ends meet. And payday lenders have mined their financial desperation for hefty profits. A parent with a gap in employment and a hungry child is liable to accept a loan no matter how usurious the interest rate. Thus, the average annualized interest rate on a payday loan is 390 percent. And the average American household that uses alternative forms of credit earns just $25,500 a year — and spends nearly 10 percent of that meager salary on interest and fees, according to a 2011 KPMG study.

But the post office — with its economies of scale, and freedom from avaricious shareholders — could offer America’s working class access to short-term credit at a fraction of the present cost. Under the current system, billions of dollars move from the pockets of the poor into the coffers of payday lenders each year. Postal banking could redirect those funds — saving low-income borrowers billions on fees and interest, while plowing the (non-usurious) interest payments they do still make into the post office’s trust fund. According to a 2014 study by the Postal Service Inspector General, if just 10 percent of the money that working Americans currently spend on high-risk financial products were instead spent on loans from the post office, the agency could offer said loans at 90 percent less than the current market cost — and gain nearly $9 billion in annual revenue in the process.  Read more.