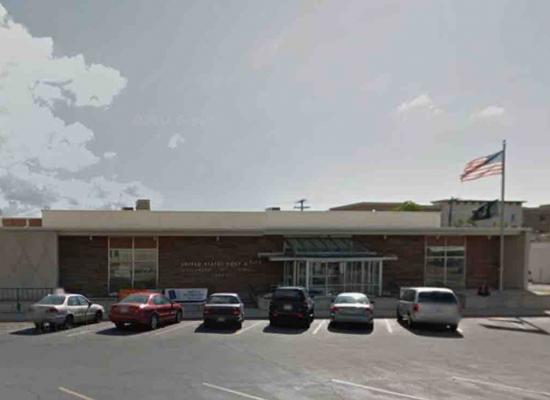 The Postal Service is working behind the scenes on a deal to relocate the post office on 100 South in downtown Provo, Utah, and to sell the building to the Church of Jesus Christ of Latter-day Saints.

According to a news report in the Daily Herald, on Thursday of this week Postmaster General Megan Brennan visited the downtown post office, and last week representatives from the Postal Service and the office of Congressman Jason Chaffetz (R-Utah) were in Provo looking at potential locations for a new post office.

Chaffetz, who is the chair of the House committee that has oversight on postal issues, says he thinks Provo needs a new post office.

“That Post Office is tired,” Chaffetz told KUTV. “It’s an old building; problematic and it doesn’t fit in with our downtown renewal project. It needs to go. It can’t happen soon enough….  The Postal Service needs to stop ignoring this problem.  It’s a dilapidated building that doesn’t serve Provo well at all.”

MJ Henshaw, a spokeswoman for Chaffetz, added this: “We can’t confirm much for you because of ongoing negotiations.  We are working will all parties to try to resolve this and to get it done.”

The post office in Provo was built in 1960.  It’s located next door to the City Center Temple, which replaced the historic Provo Tabernacle after it was destroyed in a fire in 2010.

The Church of Jesus Christ of Latter-day Saints has been interested in buying the post office for several years.  Back in August 2013, the Postal Service acknowledged to the news media that it was negotiating with the LDS Church about the sale.

A week later, a USPS spokesperson reversed the announcement: “No office is for sale at this time,” he said. “There are no negotiations occurring with the Church of Jesus Christ of Latter-day Saints.”

It now looks like the deal may finally be coming together.  That may be good news for Provo, and it may be fine with the people who use the downtown post office, but they’re supposed to be part of the decision-making process.  Apparently the Postmaster General and Chairman Chaffetz have forgotten that the Postal Service is required by law to consult with the community before making any decisions about relocating a post office.

None of that has happened in Provo.  Instead, it looks as though the powers-that-be have already made the decision to relocate the post office and sell the building.  Once the negotiations are completed, the Postal Service will announce the “proposal” to the community and invite public comments.  You can imagine how much influence those comments will have on the final decision.  That’s not what the federal regulations are supposed to be about.

This is not a new problem, and it’s not unique to the Provo story.  Complaints about how the Postal Service conducts the relocation process have been widespread, leading to a September 2014 report on post office relocations by the USPS Office of Inspector General.

The OIG criticized the Postal Service for a lack of transparency in the process and found that “officials didn’t always efficiently manage the public notification and documentation process.”  One of the OIG’s recommendations was that the Postal Service should “revise regulations and guidelines to enhance transparency.”

Later in 2014, the Postal Service did revise its regulations, explaining that the new regulations would require the agency to “notify communities and officials, and solicit and consider their input, regarding proposals to relocate retail services or add a new retail services facility.”  The new regulations were intended to increase transparency and ensure that the Postal Service “solicits and considers the community’s input before making a final decision.”